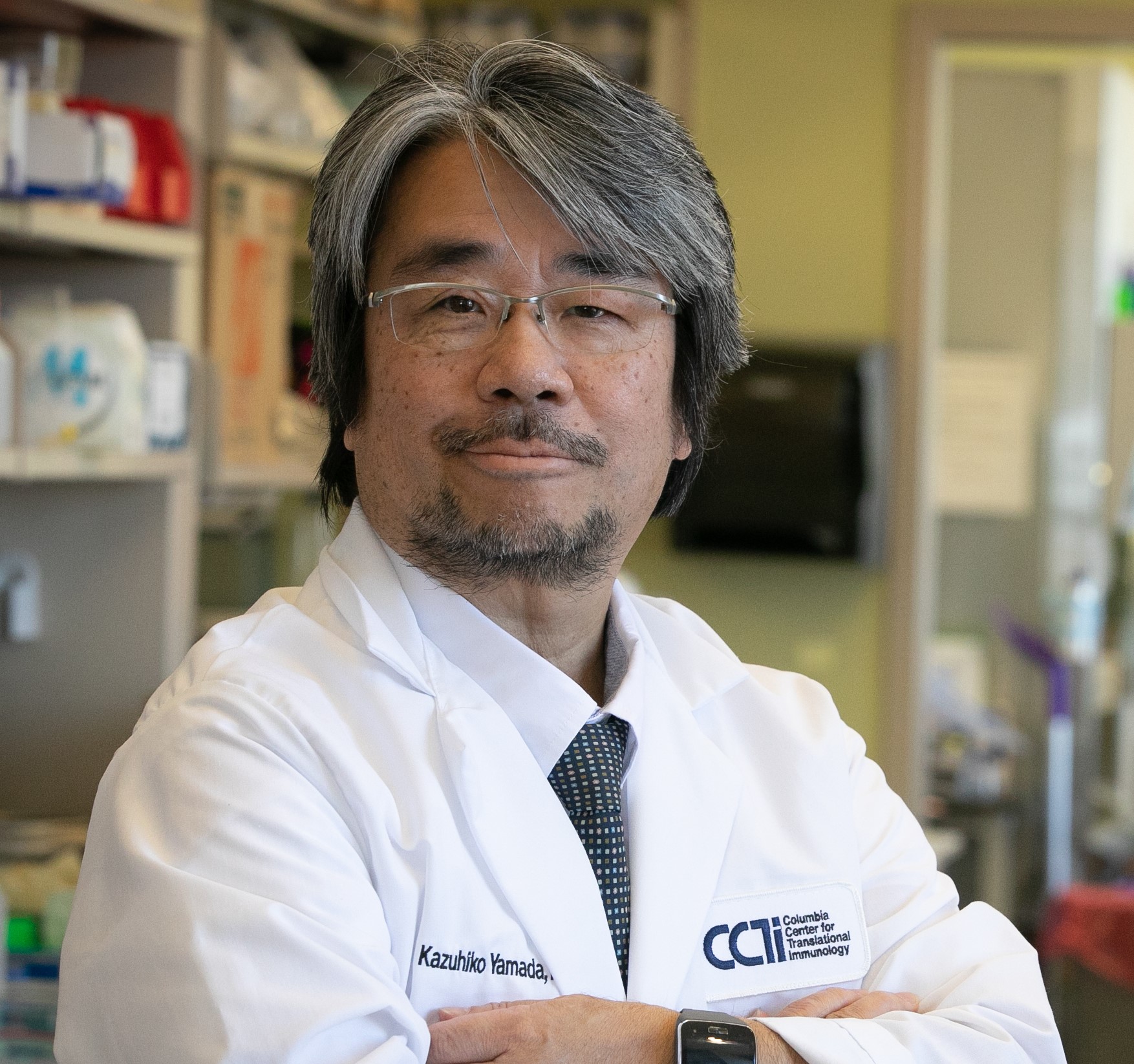 Dr. Yamada is a tenured Professor in the Department of Surgery at Columbia University and Director, Surgical Research, Columbia Center for Translational Immunology (CCTI), Columbia Medical Center (CUMC).
After he qualified as a Board-certified urologist in Japan, he joined the Transplantation Biology Research Center (TBRC), Massachusetts General Hospital (MGH) as a research fellow in 1994. He was promoted to an Instructor of Surgery at Harvard Medical School (HMS) in 1998, to Assistant Professor of Surgery in 2000 and to Associate Professor of Surgery in 2004 at HMS and was appointed to Director, Surgical Research, TBRC, MGH.
Dr. Yamada joined the Columbia Center for Translational Immunology (CCTI) and is appointed to Professor of Surgical Science in Surgery and Director, Surgical Research, CCTI as of July 1, 2015. Dr. Yamada has a broad background in transplantation immunology, as well as in transplant surgery.  He has conducted both allogeneic and xenogeneic transplantation projects in TBRC, MGH and currently in CCTI, CUMC. He has been responsible for seeking mechanisms of transplant tolerance in pre-clinical large animal models and developing innovative strategies for the induction of tolerance across both allogeneic and xenogeneic barriers in large animal translational research models. More specifically, he has extensively studied the role of the thymus and vascularization of cells/tissue in the induction of tolerance. He has developed innovative composite vascularized organs known as thymo-kidneys and islet-kidneys.
Dr. Yamada’s has achieved several major accomplishments, including: 1) Induction of transplant tolerance using vascularized thymic transplantation in unique preclinical models of MHC-inbred MGH miniature swine; 2) Elucidation of molecular mechanisms of thymic involution using the vascularized thymic lobe transplant; 3) Development of a large animal model for inducing tolerance to islets and kidneys in a recipient with type I diabetes and a living-related donor; 4) Use of vascularized thymic transplantation for inducing tolerance to kidneys of gene knockout swine into non-human primates; 5) Intra-bone bone marrow transplantation to facilitate  engraftment of xenogeneic bone marrow in the pig-to-nonhuman primate model.
His research projects have been supported by NIH grants as well as other research foundations. Dr. Yamada currently has 5 NIH grants.  Dr. Yamada served as a Councilor of IXA and as an editorial board member of several major journals in the field of transplantation, and he has hosted four transplant congresses. His research was introduced in Nature Med (http://www.nature.com/nm/journal/v18/n1/box/nm0112-12_BX1.html, 2012), Nature Review (2013), JASN (2014), Harvard Med Focus and a in book “Xeno Chronicles” (2005. G. Wayne Miller). He has published over 180 original articles and eleven of his fellows received 16 congress awards, including a Mentor/Mentee award from the Transplantation Society.  Dr. Yamada recently received the Carl Groth Xenotransplantation Research Award.
His laboratory and office are located on Black building 17th floor in CCTI and his email address is ky2323@columbia.edu. His information is shown http://cumc.p.cumcweb.org/ccti/profile/10449 .