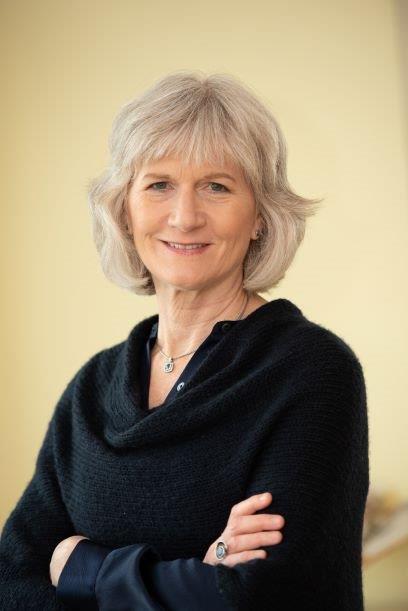 Megan Sykes, M.D., is the Michael J. Friedlander Professor of Medicine and Professor of Microbiology & Immunology and Surgical Sciences (in Surgery) at Columbia University. She is the founding Director of the Columbia Center for Translational Immunology (CCTI) at Columbia University, Director of Research for the Transplant Initiative at Columbia University Medical Center (CUMC) and Director of Bone Marrow Transplantation Research, Division of Hematology/Oncology at CUMC. Dr. Sykes completed her MD training at the University of Toronto in 1982, after which she completed a medical residency, then moved to the National Institutes of Health, Bethesda, MD in 1985 as a Fogarty Visiting Associate. She joined the Massachusetts General Hospital and Harvard Medical School as an Assistant Professor in 1990 and was tenured as a full Professor in 1999, then named to the Harold and Ellen Danser Chair in Surgery. She moved to Columbia University in 2010 to establish the CCTI, which now includes a thriving pre-clinical transplant program and a staff of 115 people, including 19 faculty members, 16 laboratory programs in transplantation, autoimmune disease, infection and cancer immunology and 6 core facilities.
Dr. Sykes introduced the idea that graft-versus-leukemia/lymphoma effects could be separated from graft-versus-host disease (GVHD) following hematopoietic cell transplantation (HCT) by allowing GVH-reactive T cells to expand while preventing migration to the epithelial GVHD target tissues. She showed that inflammation was a critical checkpoint for such migration, which was avoided when GVH-reactive T cells were administered after conditioning-induced inflammation had subsided in mixed chimeras. These studies led to clinical trials of non-myeloablative haploidentical HCT that achieved mixed chimerism across HLA barriers without GVHD. These results paved the way for the first clinical trials of mixed chimerism that achieved renal allograft tolerance across HLA barriers. Dr. Sykes dissected the role of intrathymic and peripheral tolerance mechanisms and pioneered minimal conditioning approaches for using HCT to achieve allograft and xenograft tolerance. Her work demonstrated that (and identified mechanisms by which) mixed chimerism achieves natural antibody-producing B cell tolerance and NK cell tolerance in addition to T cell tolerance. She developed a method of tracking the alloreactive T cell repertoire in human transplant recipients, and has used it along with other techniques to understand T lymphocyte dynamics in the graft and the periphery of human transplant recipients. This work led to the discovery of hematopoietic progenitors in the human intestinal mucosa and demonstration of their turnover from a circulating pool in human intestinal allograft recipients. Her work on xenogeneic thymic transplantation for tolerance induction led, for the first time, to long-term kidney xenograft survival in non-human primates.
Dr. Sykes has published more than 450 papers and chapters describing her work. She has served on the Transplantation Society (TTS) Council and has been President of the International Xenotransplantation Association (IXA) and Vice President of TTS. She has received many honors and awards, including the Wyeth-Ayerst Young Investigator Award from the American Society of Transplant Physicians (1998), the AST Basic Science Established Investigator Award (2007), the TTS Roche Award for Outstanding Achievement in Transplantation Science (Basic) (2010), the TTS Award for Outstanding Achievement in Transplantation (Basic Science) (2014), and the 2018 Medawar Prize. She is a member of the Association of American Physicians, a Fellow of the American Association for the Advancement of Science and an Honorary Member of IXA. She was inducted into the Institute of Medicine of the National Academies (now the National Academy of Medicine) in 2009.