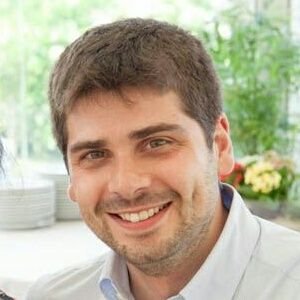 Research activity
Since joining the Hospital Clínica Barcelona, ​​he has combined clinical activity with translational research at the Experimental Laboratory of Nephrology and Kidney Transplantation (LENIT).
During the last 5 years he has participated in several translational research projects, most of which are related to immunology in solid organ transplantation. Designed and executed the ISCIII-funded research project on pancreas transplantation (PI16-00167) for the identification of new biomarkers and predictors of pancreatic graft rejection: ongoing study, with several oral communications presented at the TTS-IPITA 2019 congress This observational study aimed to characterize the phenotype before and after transplantation of peripheral mononuclear blood cells (PBMC) using flow cytometry and to assess its correlation with the graft results (survival and / or rejection). Furthermore, in a post-project addition, the researchers attempted for the first time to assess the ability to use free DNA in recipient plasma as a predictor of pancreatic transplant outcomes: abstract presented at IPITA 2019 conference.
He is the coordinator of a Spanish multicenter study (EFISPAN), where 8 centers participate, for the study of clinical factors that can predict the results in pancreas transplantation.
In April 2019, the Portuguese Society of Nephrology awarded him a research grant for the ENDOMICS study, which aims to assess the benefit of pancreas transplantation in endothelial damage in diabetic patients.
Pedro Ventura-Aguiar was part of a large research consortium generated in Catalonia (ADVANCECAT) with the objective of integration groups to carry out research using advanced therapies: role in preparation.
In January 2020, the International Society of Nephrology (ISN), the University of Barcelona has received a collaboration grant with the Sri Jayewardenepura General Hospital, Sri Lanka, for the development of a kidney-pancreas transplant program.

Academic training
Pedro Ventura-Aguiar has a degree in Medicine and Surgery, with a specialty in Nephrology.
He has a master's degree in advanced drug therapy.
He has an expert title in therapeutic apheresis.
Doctor of Medicine from the University of Barcelona, ​​Spain, on November 25, 2019