210.3 Assessment of the usefulness of acute rejection specific transcriptomic signatures in a prospective kidney transplantation cohort

Background: Despite many biomarker studies in the field of transplantation, development and validation of noninvasive molecular assays to diagnose disease and monitor immune activity is seriously needed. Previously we developed and validated the blood and urine transcripts signatures to predict and monitor immune status from cross-sectional ARTKT-1 study.
Methods: We assessed the usefulness of the blood and urine rejection specific gene set in a prospective kidney transplant recipient cohort (ARTKT-2) study, which composed of 415 newly transplanted patients from October 2015. Blood and urine samples were collected at 2 weeks and 3, 6, 12, 18 and 24 months after kidney transplantation. To test AR signatures composed of 3-gene set in blood and 6-gene set in urine, the gene expression was measured in 90 patients who experienced the rejection events or had no episode of clinical event during post-OP 1 year.
Results: We measured the expression levels of three and six genes in blood and urine, respectively, and used AR algorithm developed by binary logistic regression analysis of gene expression data. Expression of blood gene set and urine gene set were significantly higher in patients with acute rejection as compared with stable graft function. 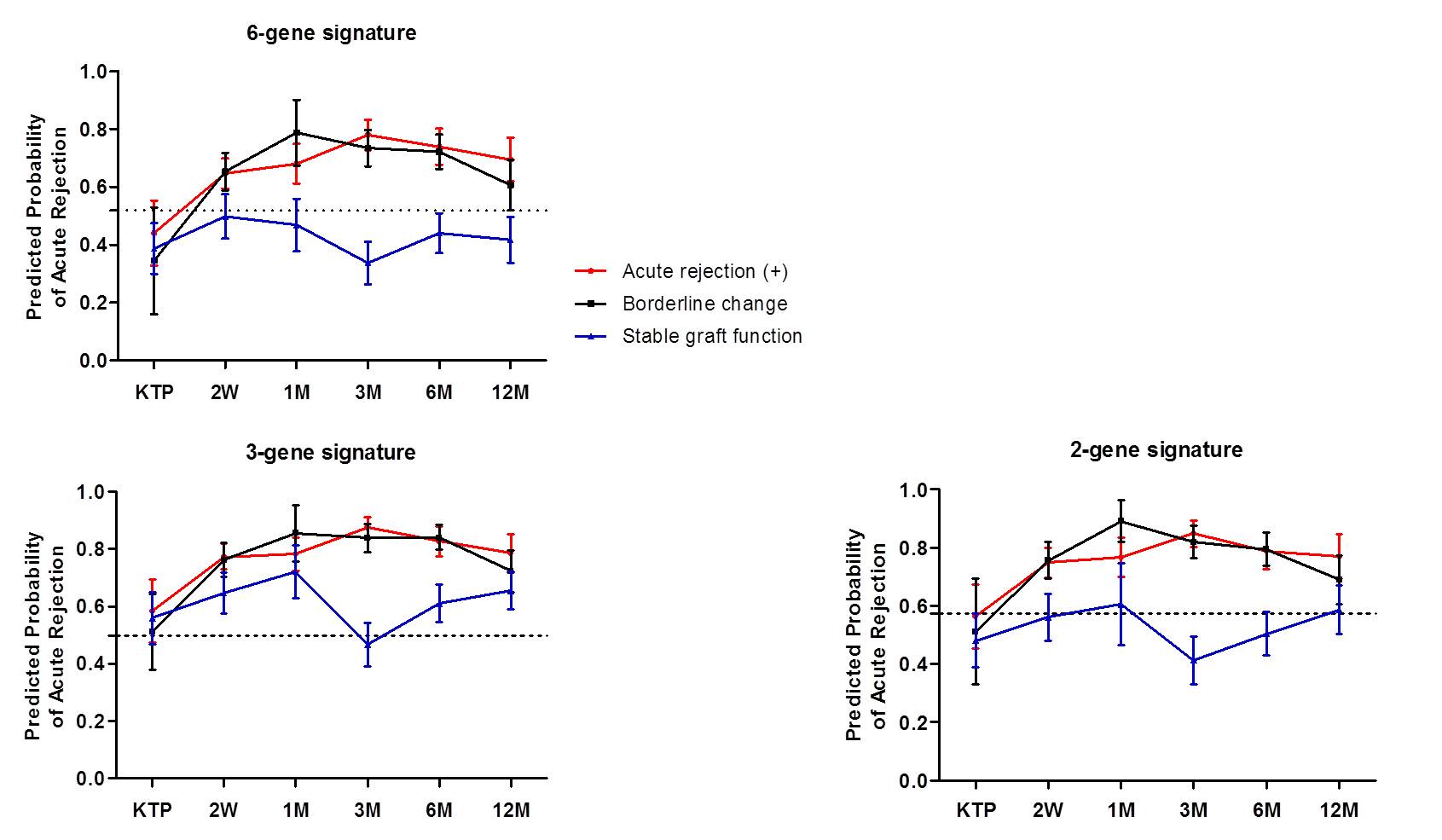 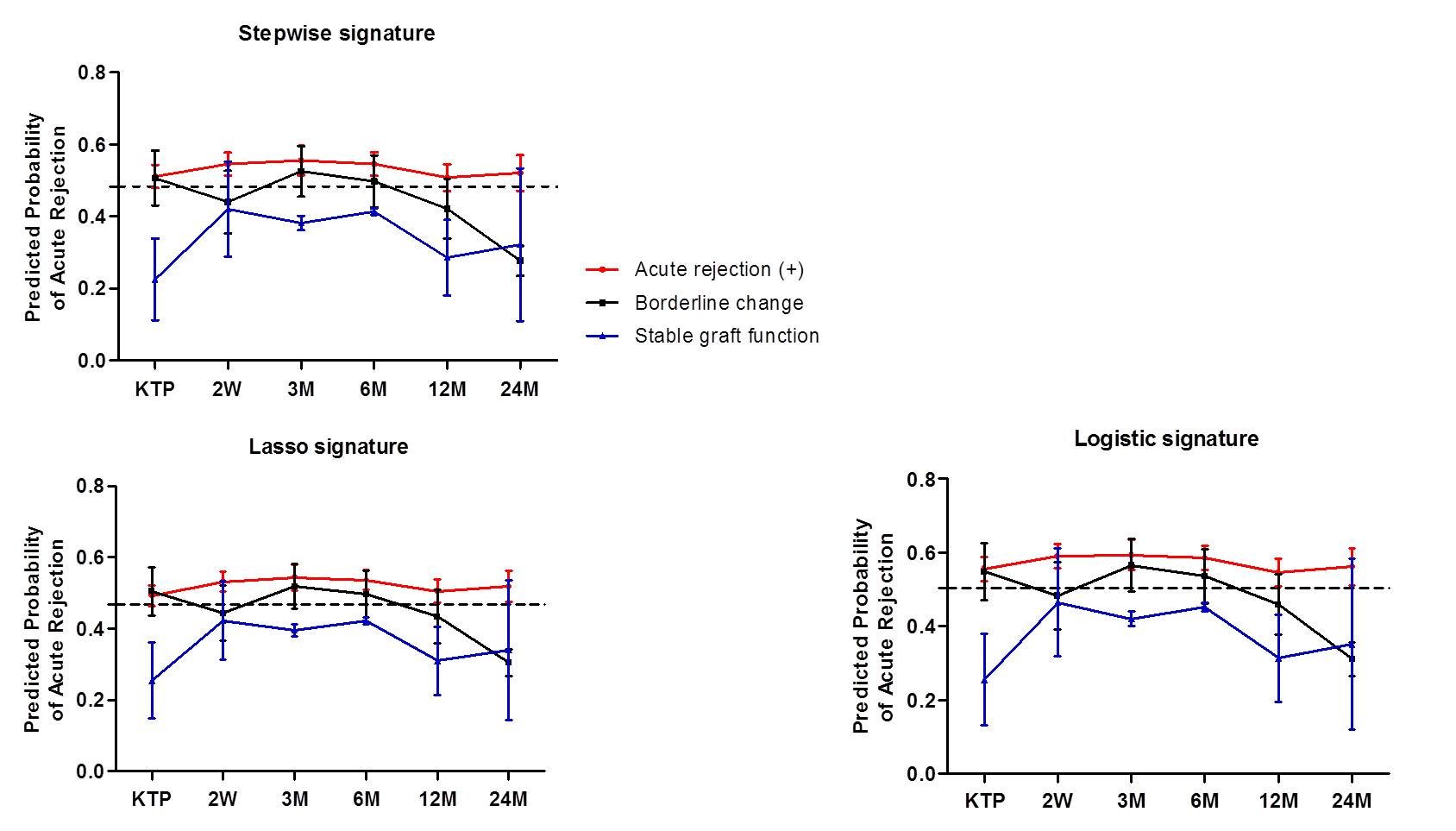 In particular, the AR predicted probability was highest at 2-weeks after kidney transplantation in all patients, but the probability gradually decreased over time after transplantation. We also found that blood signature was increased at the time of acute rejection, but urine signature gradually increased from 1-3 months before the diagnosis of pathologic diagnosis.
Conclusions: We validated the expression of AR specific gene signatures in our prospective  cohort samples and suggest our urine rejection signature could be an indicator of immune activation and predict future rejection.