Kidney Transplantation: Desensitization and other complications 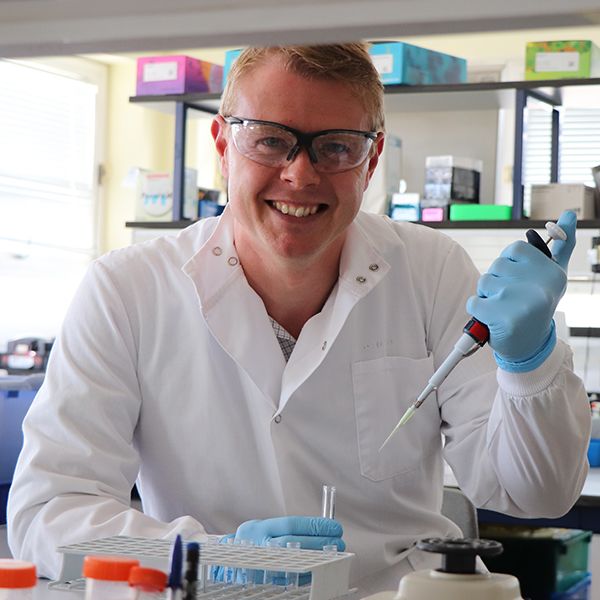 I am a clinical academic working in the University of Oxford's Transplantation Research Immunology Group and the Oxford Kidney and Transplant Unit, Churchill Hospital.

My main area of research is in the use of clinical and immunological biomarkers to predict long-term transplant outcomes; particularly the development of de novo malignancy post-transplant. Ultimately, the aim is to use these biomarkers in order to personalise immunosuppressive regimens to improve long-term outcomes.  This has led particularly an interest in the role of 'immune ageing' (immunosenescence) and the impact upon immune responses in the clinical setting.

Background: Malignancy is a major cause of morbidity and death in renal transplant recipients, contributing to poor long-term outcomes. Methods to identify patients at increased risk may enable pre-emptive intervention to reduce cancer incidence. We have previously reported that CD57 expression on CD8+ T cells may be used to stratify renal transplant recipients at increased short-term risk of cutaneous squamous cell carcinoma (cSCC).
Methods: A 5-year observational study in long-term renal transplant recipients was undertaken. The primary outcome was time to cSCC, and secondary outcomes were time to metastatic SCC or other malignancy. Immune phenotype was assessed by flow cytometry and functional analyses of peripheral blood mononuclear cells (PBMC). CD57 expression was assessed on circulating T cells by flow cytometry and RTR were divided into CD57hi or CD57lo groups.
Gene expression was assessed by real-time PCR of whole blood or multiplexed gene expression analysis by nanoString in PBMC. Tumours were assessed by immunohistochemistry for CD8 cell infiltration. PBMC were assayed for cytotoxic and cytokine producing activity by short-term cell culture. Univariate and multivariate analyses were undertaken by logistic regression and Cox proportional hazard modelling.
Results & Discussion: 117 patients (median age: 63 years old, cumulative immunosuppression duration: 262 months) were recruited. 80 completed follow up (loss to follow-up due to death in 24).
A CD57hi phenotype was associated with CMV seropositivity and increasing age. CD57hi patients were 2.4 (95% CI: 1.2-4.9) times more likely to develop cSCC during the 5-year follow-up. CD57hi patients were 4.6 (95% CI: 1.2-17.7) times more likely to develop metastatic SCC or other malignancy after adjustment for confounders including age, immunosuppression duration, CMV serostatus and history of smoking or previous cancer.
PBMCs from CD57hi patients demonstrated phenotypic & functional features of immunosenescence and a Th1-skewed transcriptome. In patients with high CD57 expression in the peripheral blood, a greater proportion of cSCC infiltrating CD8+ cells expressed CD57 with a reduced total number of infiltrating CD8+ T cells. Circulating CD8+CD57+ cells were able to produce IFN-gamma and TNF-alpha but did not produce IL-2. They were able to engage in cytotoxicity upon polyclonal stimulation; however this was impacted by loss of IL-2 and increasing levels of TGF-beta, which is also produced by malignant keratinocytes within cSCC.
Conclusion: CMV-driven immunosenescence is associated with a Th1-skewed circulating immune phenotype, distinct from immune exhaustion. We have identified an increased predisposition to malignancy development in patients exhibiting high CD57 expression, despite an apparent abundance of circulating, functional CD8+ T cells. However, these cells may be impaired by intratumoural shifts in cytokine balance leading to impaired clearance of transformed cells.