Introduction: True transplant tolerance is very rare, and the more common process that leads to acceptance of transplanted organ is accommodation, or acquired resistance to graft rejection despite the specific immune. Mediation of transplant tolerance occurs largely through Tregs and Bregs secreting IL-10. Among many Bregs subsets, B-1 cells, expressing CD5 antigen are of special interest. B-1 cells produce antibodies spontaneously, which are predominantly IgM, and appear naturally even in the absence of immunization and they are of low affinity and polyreactivity. This study aimed to assess the role of CD5+ B cells in the regulation of accommodation and tolerance in kidney-transplant recipients, to evaluate why allostimulation in non-immunized patients results in the development of the alloantibodies only in some patients.
Materials and Methods: This study was a retrospective, single-centre experiment on 52 non-immunized kidney allorecipients. Subjects were divided into those who developed alloantibodies post-transplantation (Abs+) and those who did not (Abs-), according to SPA assay-based detection of alloantibodies of any specificity at 1000 MFI cut-off. Then, peripheral-blood CD5+ B-cell subsets and Tregs were analyzed. Next, the serum cytokines (TNFα, IL-1b, IL-2, IL-4, IL-6, IL-10) were determined with Luminex-based multiplex assays.
Results: Importantly, we observed an increase in CD5+ B cells post-transplantation among Abs+ patients versus Abs- patients, 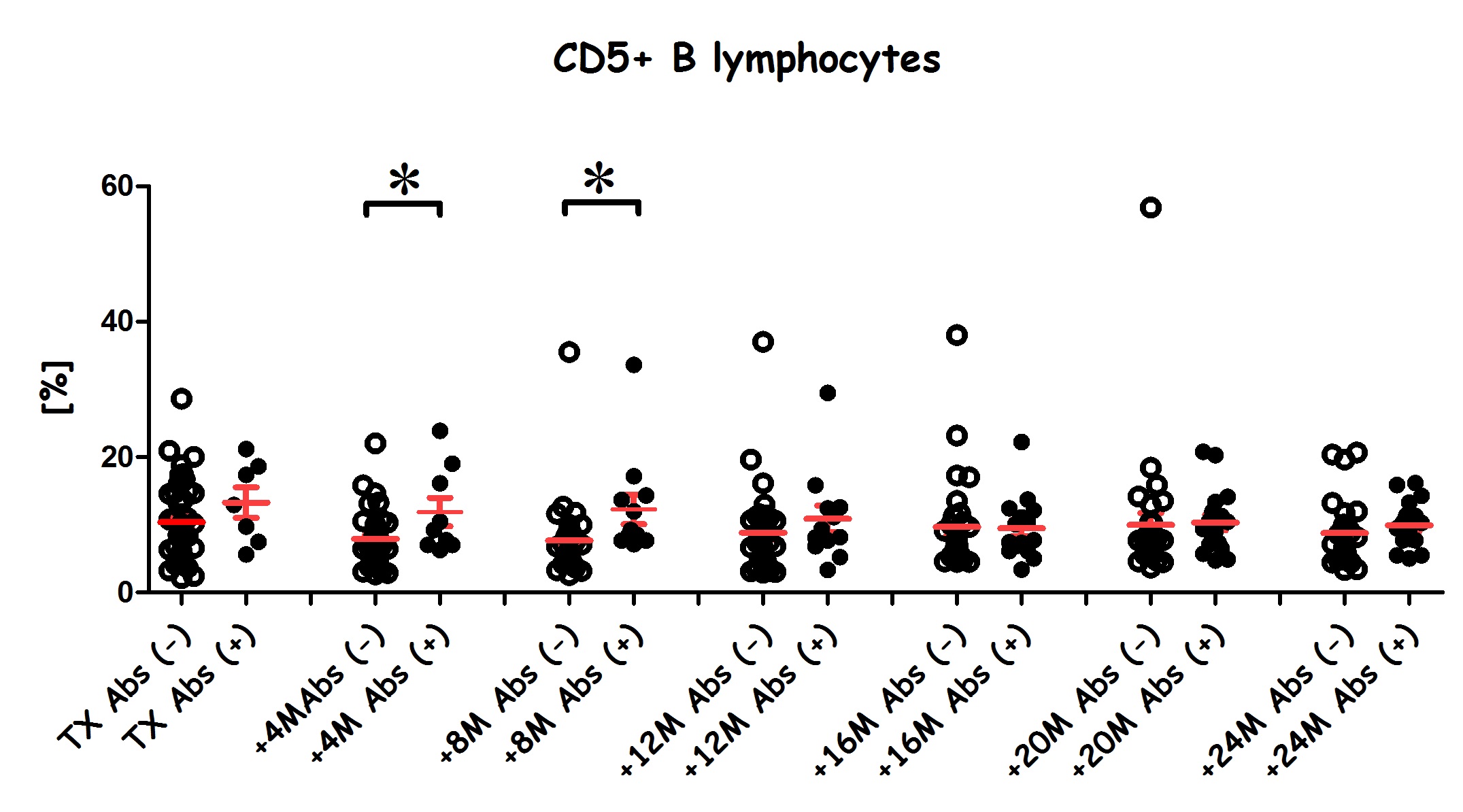 and overall, BAFF levels increased along with CD5+ B cells. Also, a correlation between BAFF and CD5+ B cells was noted in Abs+ recipients. 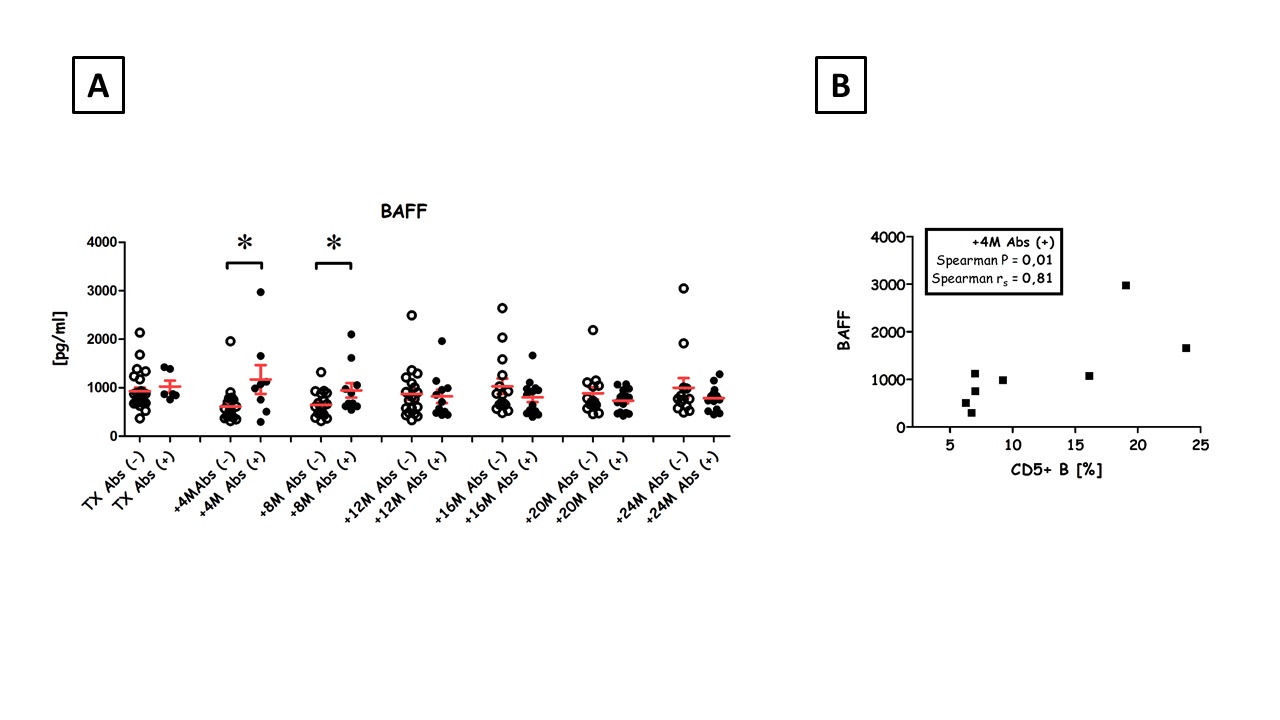 The number of patients with Abs increased from 13% (7/52) at transplantation to 37% (19/52) 2 y post-transplant. Collectively, Abs+ patients had more anti-inflammatory cytokines (IL-10 and TGFβ) than Abs- patients and we also observed a correlation between IL-10 and CD5+ B cells among Abs+ patients. 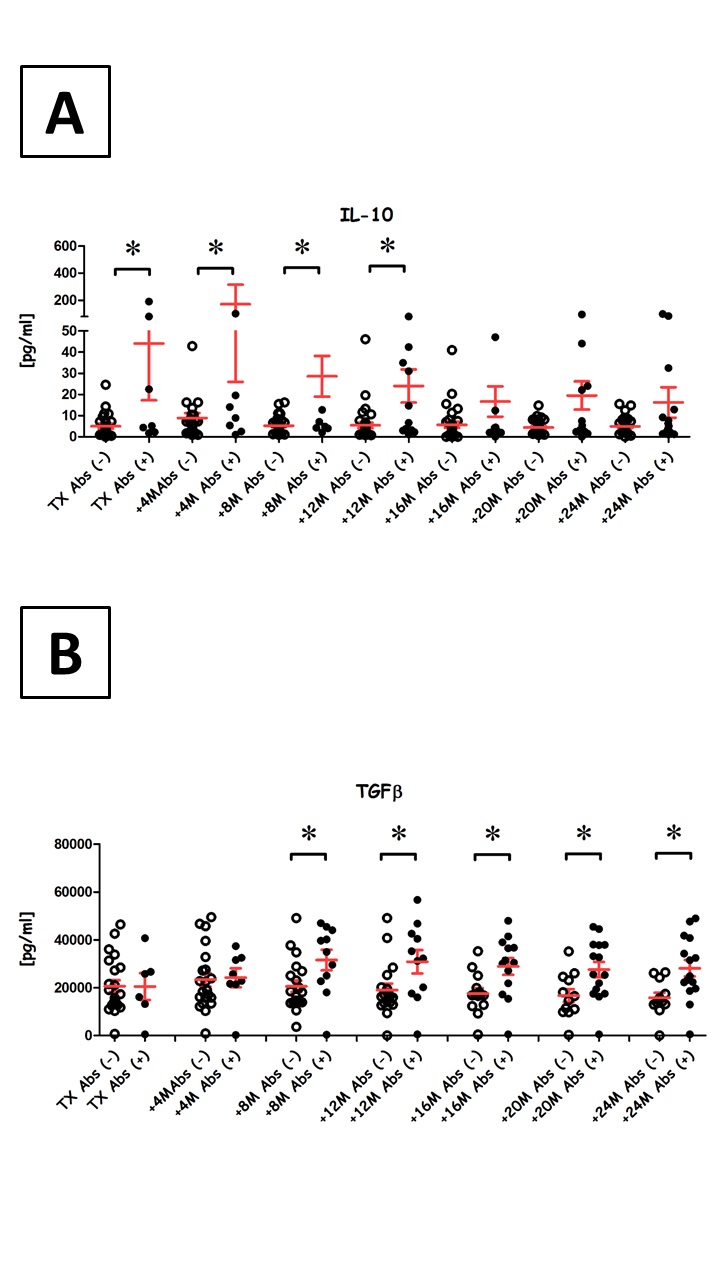 We noted a constant increase in Tregs among Abs+ recipients and interestingly, Tregs and CD5+ B cell counts were correlated in Abs+ patients before transplantation. At 2 y post-transplant, Abs+ and Abs- recipients had similar serum creatinine levels and graft survival was also comparable, even after 8 y. 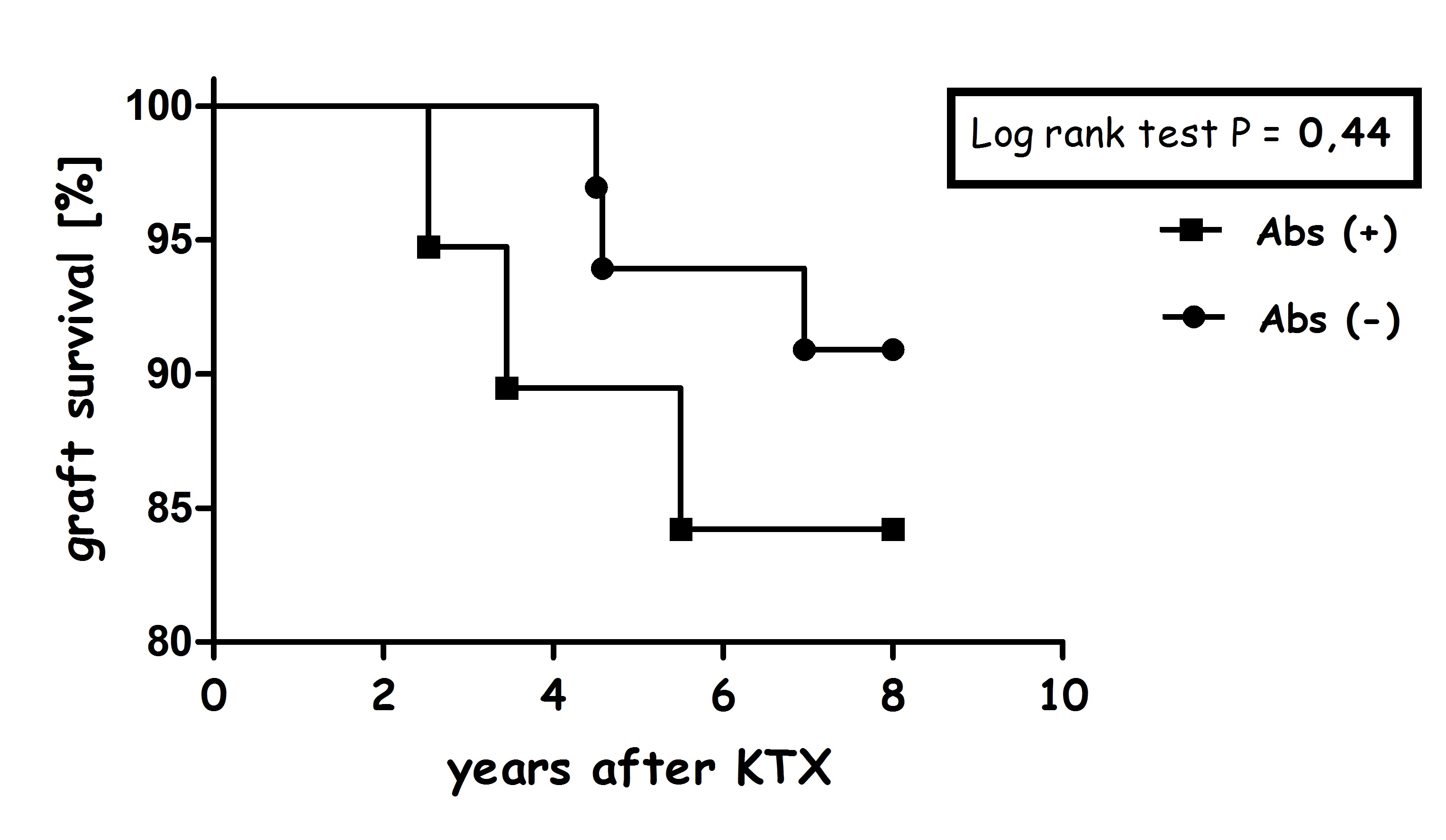 Discussion: In this study, we demonstrated that increased frequencies of CD5+ B cells and elevated IL-10 concentration can be found in the recipients who developed alloantibodies post-transplant. Related to non-immunized patients, the risk of kidney rejection was comparable even up to 8 y follow-up. To our knowledge, this is the first study analyzing the association between CD5+ B cells and long-term clinical outcome.
Conclusion: This study may lead to the conclusion, that no evidence of allograft dysfunction and increased CD5+ B cells along with IL-10 may guide clinically accommodation development post-transplant despite alloantibodies present.