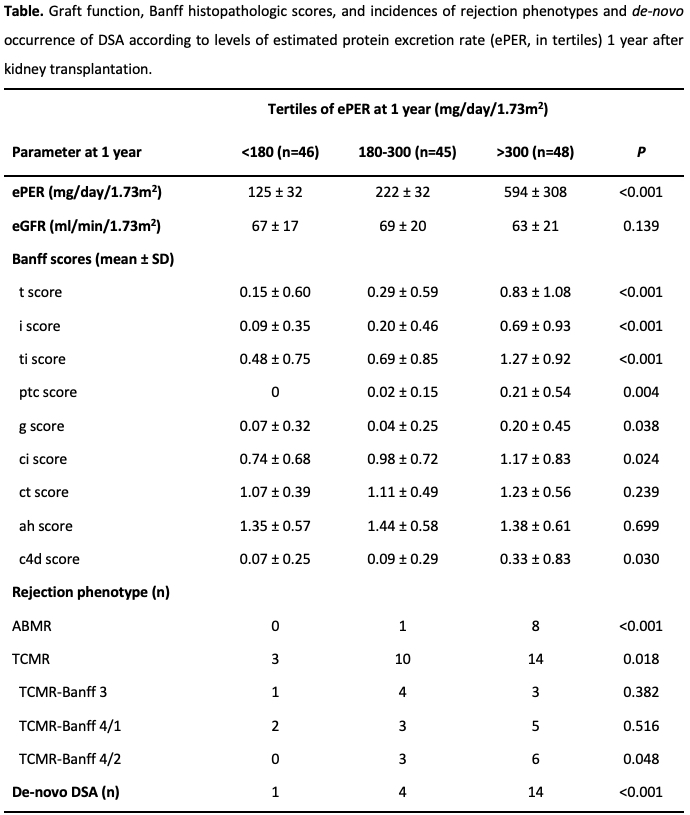 Compared with non-rejection findings, TCMR, and no de-novo DSA, the linear mixed effect regression analysis demonstrated a progressive increase and a significant difference in slope of ePER during the first year among patients with ABMR and de-novo DSA at 1 year (P<0.001) (Figure 1). 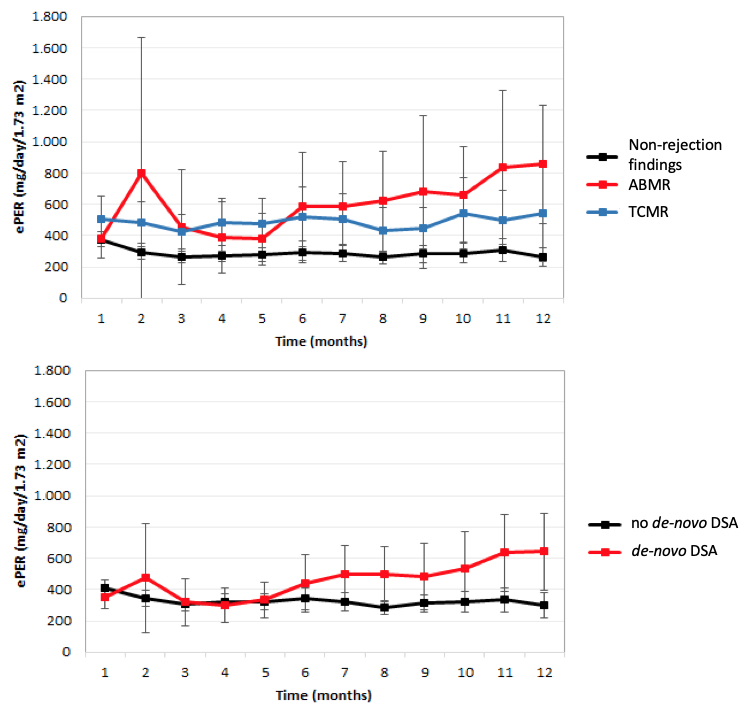 Patients with vascular TCMR-Banff 4/2 also demonstrated a significant increase in slope of ePER over time when compared with patients with other TCMR phenotypes (P=0.014) (Figure 2).

The discriminatory power of ePER for intragraft rejection processes was better in patients with ABMR (AUC 0.95, 95%CI 0.90–0.99; P<0.001) than in those with TCMR (AUC 0.68, 95%CI 0.59–0.79; P=0.002), with 89% sensitivity and 93% specificity for proteinuria >550 mg/day/1.73m2.
Conclusions: An increase in low-grade ePER during the first year after kidney transplantation associates with ABMR, vascular TCMR, and de-novo DSA at 1-year and may be used as a non-invasive clinical marker of intragraft endothelial cell injury.