P-2.59 The requirement of thymic irradiation for induction of mixed chimerism and renal allograft tolerance in non-human primates

Introduction: Thymic irradiation (TI) has been required for consistent induction of allograft tolerance through a mixed chimerism approach in both murine and nonhuman primate (NHP) models. In this study, we investigated the mechanisms of TI requirement in combined kidney (KTx) and bone marrow transplantation (BMT) in NHPs.
Materials and Methods: In Group A, 5 recipients received BMT (combined KTx was evaluated in three) from MHC mismatched donors with a conditioning regimen that included total body irradiation (TBI, 1.5Gy), a Bcl-2 inhibitor (venetoclax), ATG and TI (7Gy). After transplant, the recipients were treated with a short course of anti-CD154 monoclonal antibody and a one-month course of cyclosporine. No immunosuppression was given after one month. In Group B, 3 recipients received combined KTx and BMT with the same regimen but without TI.
Results: All recipients in Group A (TI) developed significantly higher chimerism than Group B (p < 0.02).  Three recipients in Group A with KTx achieved long term renal allograft survival without rejection (survival days 313, >646,>982 days) while all three Group B (No TI) recipients rejected renal allografts shortly after discontinuation of cyclosporine (97, 100, 163 days; p < 0.025 Groups A vs. B in Kaplan-Meier; Figure 1).Although recent thymic emigrants (RTE; CD4+CD31+CD45RA+) and naïve T cells of Group A were completely depleted after the preconditioning, those of Group B were substantially observed and significantly higher (Figure 2). On the other hand, no difference was observed in memory T cell subsets or regulatory T cells between two groups.
Conclusion: Peripheral T cell deletion by the conditioning regimen may result in enhanced thymopoiesis with increased post-transplant RTE and naïve cells if TI is not administered. Higher post-transplant naïve T cells potentially inhibited chimerism and tolerance induction in recipients without TI. 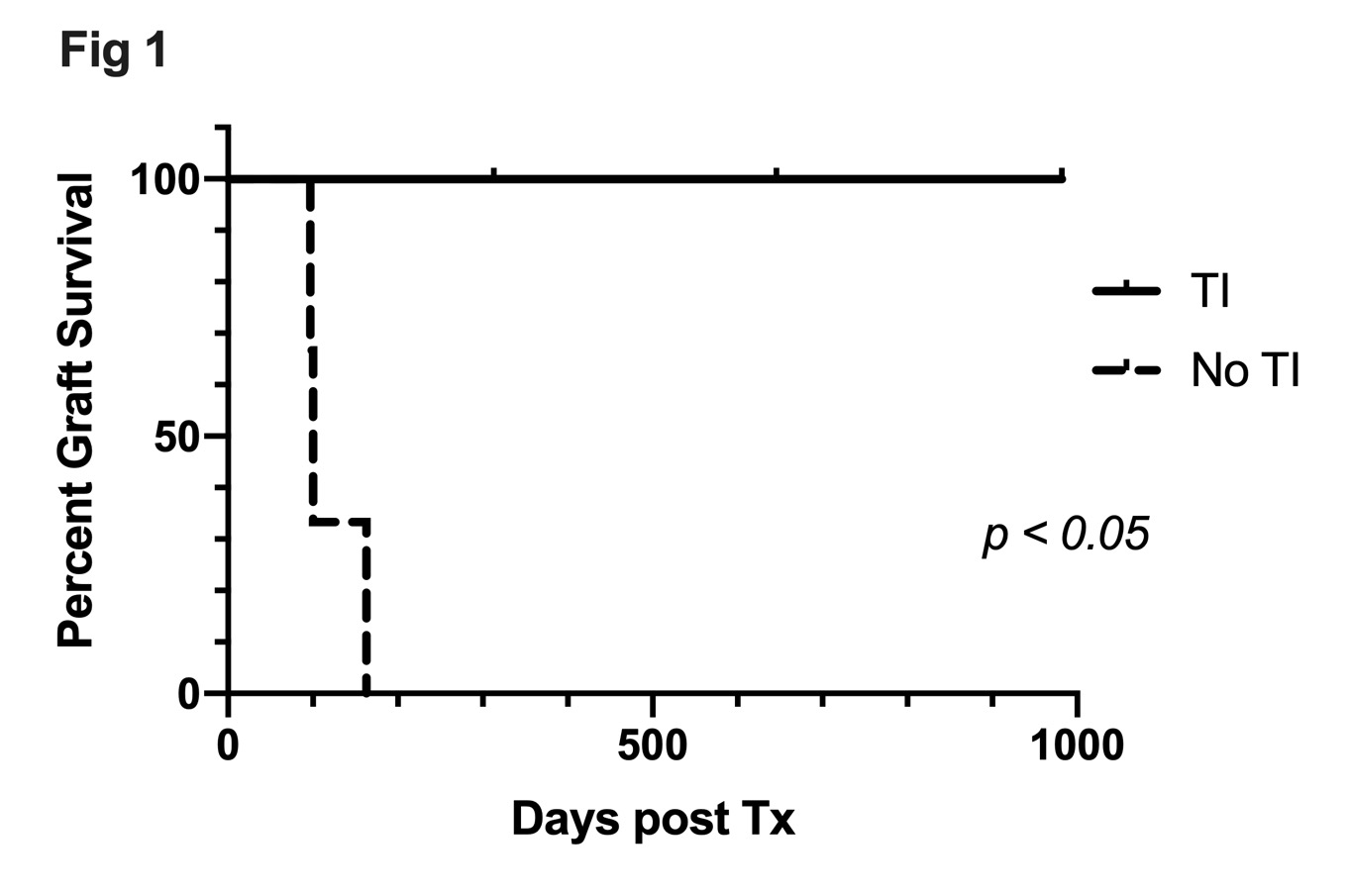