Introduction: The significance of VEGF and its polymorphisms in renal allograft rejection has recently become the subject of extensive research. 1-3 A C/T gene polymorphism exists at position 936 of VEGF gene, and carriers of the T allele were shown to be associated with lower rejection and good graft outcome in a study. 3 In this study we studied VEGF 936 C/T gene polymorphism in renal transplant recipients and its effect separately on renal allograft rejections and overall graft survival in an attempt to elucidate the potential of VEGF 936 C/T gene polymorphism as an early marker for pre-transplant identification of recipients with high/low risk of renal graft rejection and graft failure.
Method: 147 Kidney Transplant recipients with age and sex matched controls were included in this study. VEGF 936 C/T genes were studied using restriction fragment length polymorphism (RFLP) analysis of the blood specimen of these patients. All patients were studied for allograft rejection, response to treatment and overall graft survival.
Results and discussion: In our patient population, 115 (78.2%) were males and 32 (21.8%) were females. Majority of transplants were done in the age group of 25 to 45 years with a mean age of 37 years. Total number of patients who encountered a rejection episode after transplant were 45 which constituted 30.6 % of the total 147 patients studied. Response to steroids was seen in around 56% of patients. In our study, we found that the VEGF936 T allele was more frequent among recipients with excellent overall graft survival than among recipients with graft failure or loss (OR of 0.1088, P-Value of 0.010), indicating that the VEGF T allele is associated with decreased number of graft loss and excellent graft survival. C/T genotype frequency and T allelic frequency were also associated with good graft outcome (OR of 0.1022 and 0.0822, P-Values of 0.008 and 0.002 respectively). However no significant association could be demonstrated between T allele carrier state and number of rejection episodes encountered by renal allograft recipients (P-Value of 0.880). CC genotype frequency and C allele frequency in renal allograft recipients also did not reveal any significant association with allograft rejection (P-Value of 0.411 and 0.870 respectively). Thus determination of the T allele might be helpful for the identification of recipients with overall good graft survival. 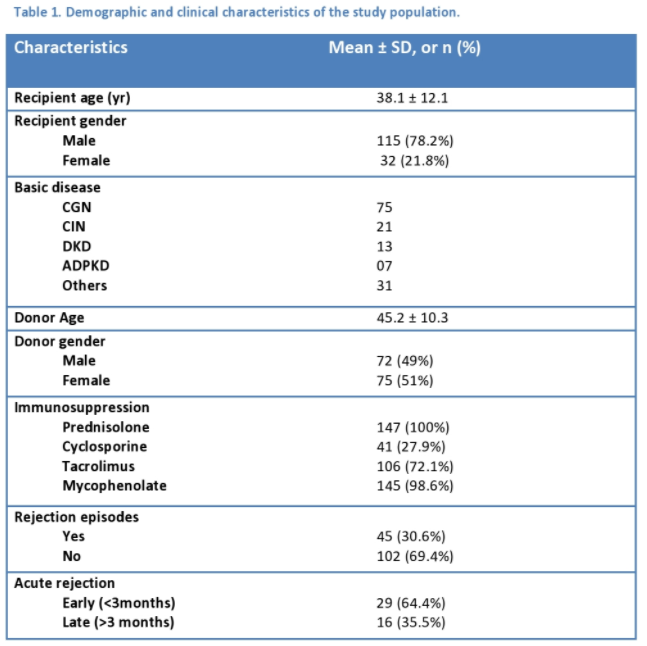 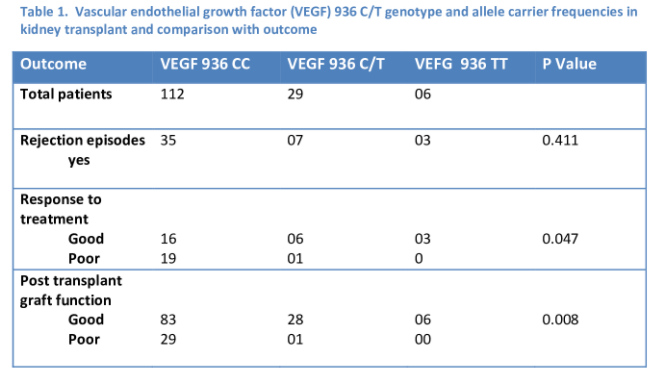 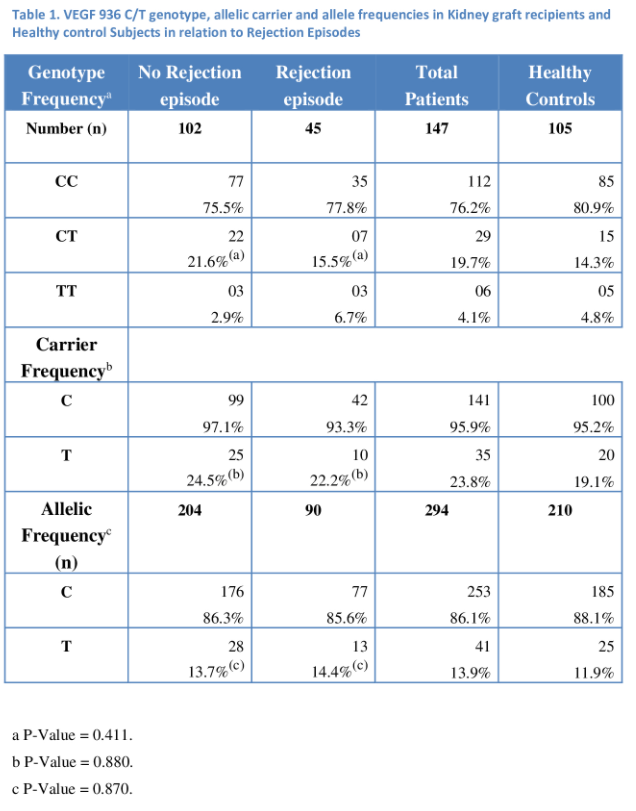 Conclusion: Our findings suggest that good graft outcome in  kidney transplant recipients is associated with an increased frequency of the VEGF 936 CT genotype and T allele and that determination of the T allele might be helpful for the identification of recipients with overall good graft survival.
Keywords: Vascular endothelial growth factor, kidney transplant, rejection episodes, polymorphism