410.1 (P-11.189 in the Journal) Reactivation of murine polyomavirus replication by renal ischemia-reperfusion injury and immunosuppression

Background: Polyomavirus-associated nephropathy is an important cause of graft failure after renal transplantation. Its pathogenesis is associated with immunosuppression (IM) and renal ischemia-reperfusion injury (IRI). We sought to test this notion experimentally.
Materials and Methods: Mouse PyV (MPyV) LID -1 strain was propagated in NIH 3T3 cells and 105 genomic equivalents were used to infect male mice by the intraperitoneal route one day after birth resulting in primary infection. 9 weeks later, they were divided into three groups. In the renal IRI group, the left renal pedicle was clamped for 30 minutes and then released. In the IM group, the mice were treated with Tacrolimus (2.5 mg/kg) and Mycophenolate mofetil (50 mg/kg) by the intragastric route daily, and those in the control group did not receive any treatment. Viral load kinetics was studied by qPCR in groups of 4 mice, sacrificed 3, 7, 10, 14 and 21 after corresponding treatment. High-throughput RNA-seq and pathological HE staining were performed on the renal tissue.
Results: MPyV IgG in serum were positive and DNA load in plasma was less than 102 copies/ul before experiment in all 9 week old mice. Viral load in the left kidney was significantly 10 fold higher than that in the right kidney on the 3rd day after IRI (P=0.0013), then MPyV DNA load in both side of the kidney decreased with no remarkable difference at other time points (all P>0.05). Viral load was similar between the left and right kidney (P>0.05) on the 3rd day after immunosuppression, but was lower than the left kidney in IRI group. In addition, viral load in IM group did not decrease with time. The gene ontology functional enrichment analysis and the Kyoto Encyclopedia of Genes and Genomes pathway analysis showed that there were significant differences in viral carcinogenesis, NF-kB signaling pathway and complement and coagulation cascades between the left and right kidneys on the 3rd day after IRI. 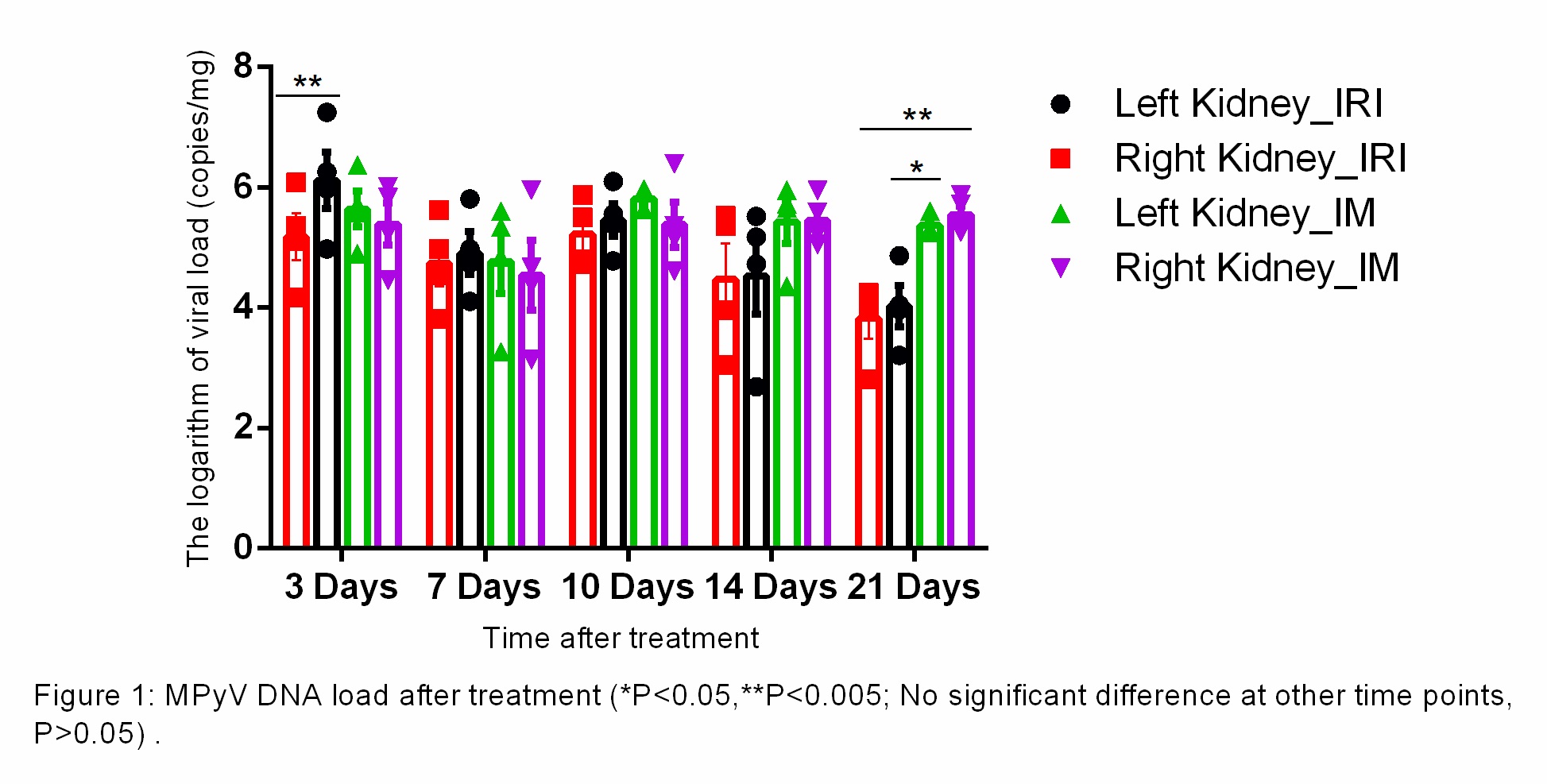 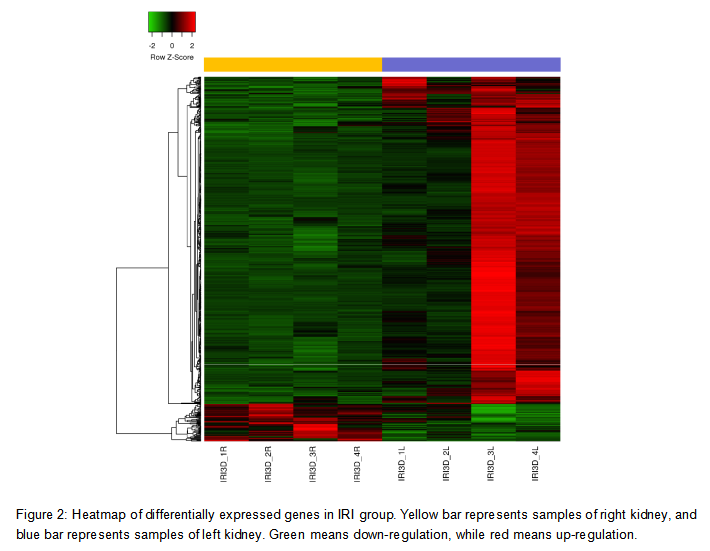 Conclusion: MPyV, which is latent after primary infection can be reactivated and maintained a high level in kidney through renal IRI and immunosuppression.
Key Words: Murine polyomavirus, Ischemia-reperfusion injury, Renal, Infection, Immunosuppressive