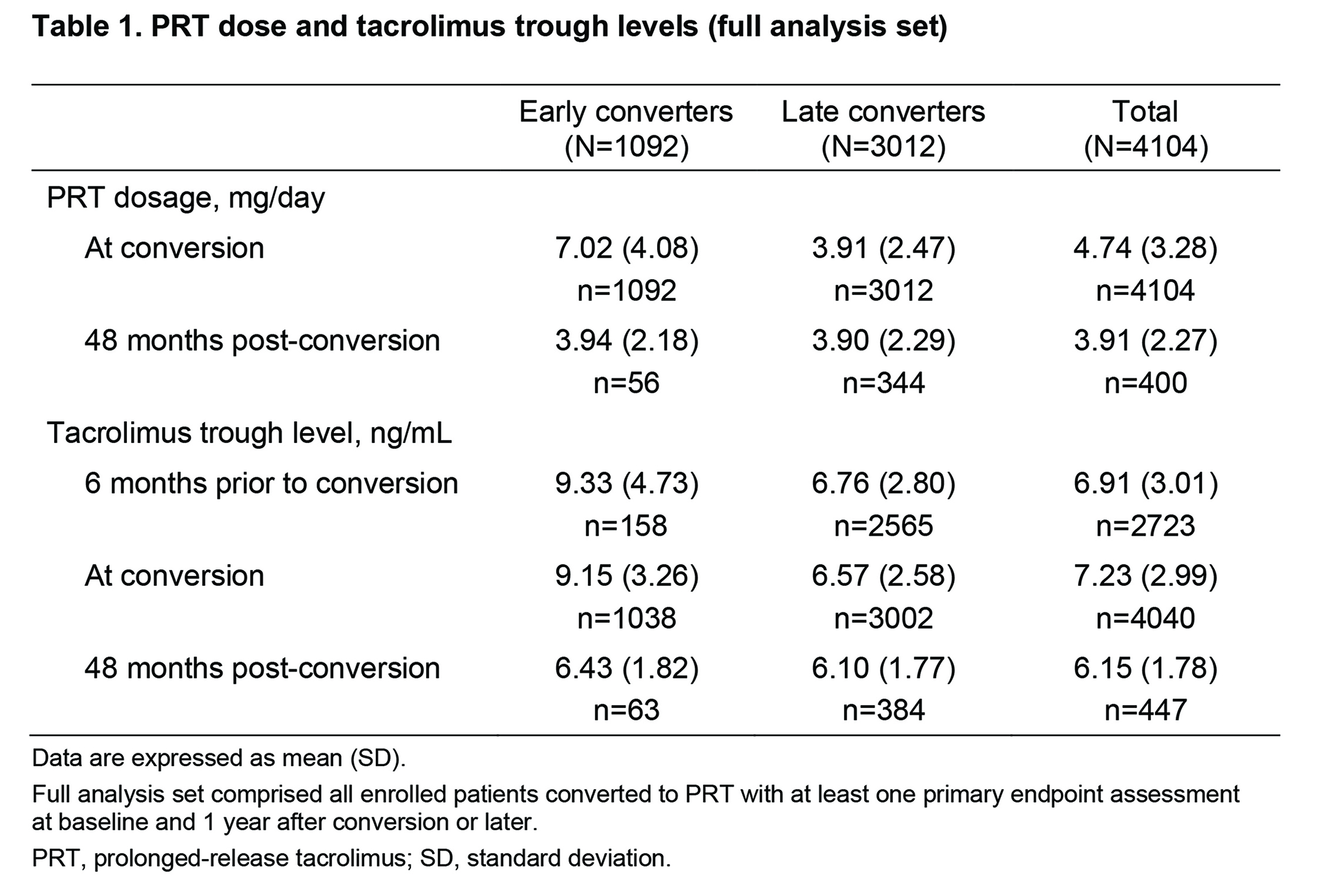 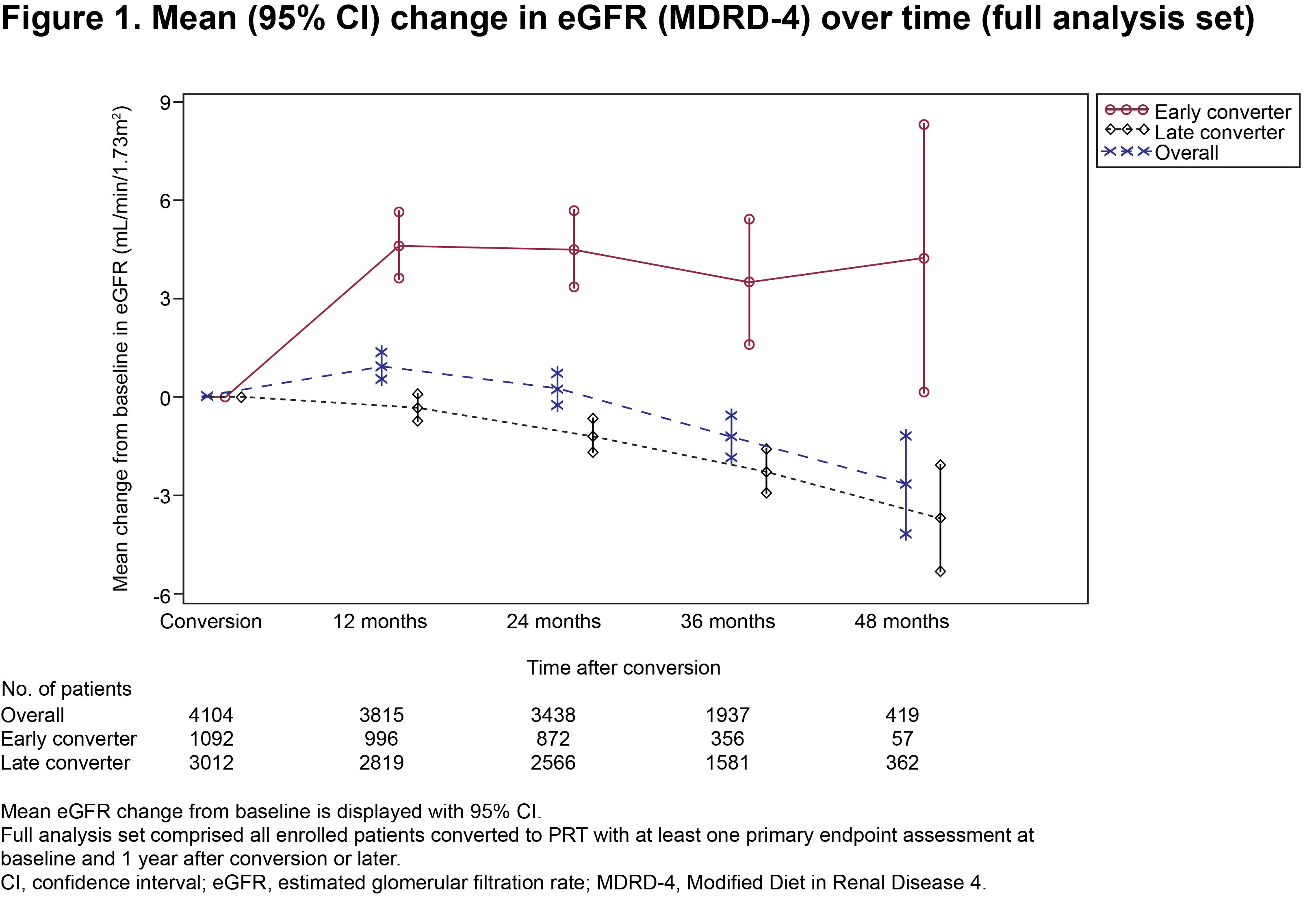 Among patients with data (the majority had missing DSA data), the proportion with DSA before or at conversion was 15.2% in early converters vs 19.7% in late converters; proportions with DSA on at least one post-conversion assessment were 25.7% vs 24.4%. Adverse events (enrolled-patient set) were reported by 67.9% of early (n=1252) vs 55.9% of late (n=3120) converters (considered treatment-related in 20.0% vs 12.5%); incidences of treatment-related serious adverse events were 9.9% vs 5.6%.
Conclusion: Consistent outcomes were observed in this interim analysis of a large population of KTRs at 4 years of follow up after conversion from IRT to PRT. Relevant clinical differences will be assessed at the end of the study.