P-4.97 Aggressive pursuit of liver only donors and their transplant outcomes: Should we continue?

Aggressive pursuit of liver only donors and their transplant outcomes: Should we continue?

Introduction: The alarming number of daily deaths on the liver transplant waiting list mandate an aggressive strategy of pursuing livers from deceased donors with no other organ(s) suitable to transplant. These donors provide financial and performance metric disadvantages for OPOs, as they are naturally at increased risk of being a donor with no organs transplanted. Even if the liver is transplanted, the relative resource utilization of a single-organ donor is significant. For OPOs to justify pursuing donors with liver-only intent (and transplant surgeons to accept livers from these inherently less healthy donors), these livers need to be non-inferior to those from multi-organ donors. The aim of our study was to look at outcomes of recipients of these livers from our donor service area.
Methods: Donors with liver-only intent from 2015-2019 were identified by querying our electronic medical record, iTransplant®. Donor demographics, comorbidities, and cause of death were tabulated. Graft and patient outcomes of transplanted livers were captured from UNetSM/Tiedi®; graft failure was defined at retransplantation or death. Kaplan-Meier survival curves were generated; Cox regression was used to investigate association of donor variables with outcomes.
Results: 1540 donors were taken to the OR with intent to procure at least one organ for transplant. 190 (12.3%) had single-organ intent (184 were liver-only intent). Thirty-three (17.9%) of 184 did not have successful transplant outcomes (liver was declined intraoperatively or discarded), four were hepatitis C antibody-positive and viremic. One hundred fifty-one (82.1%) of 184 livers were procured and transplanted; mean donor age = 54.5 ± 13.8 years; 81 donors were male; 12 donors were hepatitis C antibody-positive (9 with viremia); 2 were donation after circulatory death (DCD) donors. Terminal AST ranged from 8-550; ALT from 3-1291; total bilirubin from 0.1-5.4. Hepatitis C viremia was not associated with being a non-donor (p=0.25). Patient (Figure 1) and graft (Figure 2) survival are shown, and neither was significantly associated with donor age (p=0.71 and 0.10, respectively), gender (p=0.61 and 0.23), or any terminal liver lab values (all p-values >0.27).
Conclusion: The majority (82.1%) of livers from liver-only intent donors were transplanted. Recipient patient and graft survival were excellent. No donor variable in our dataset predicted graft failure. Liver-only intent donors should be pursued as aggressively as multi-organ intent donors to decrease waiting list deaths. Ways to further incentivize this aggressive approach by organ procurement organizations should be strongly considered by governmental and regulatory agencies. 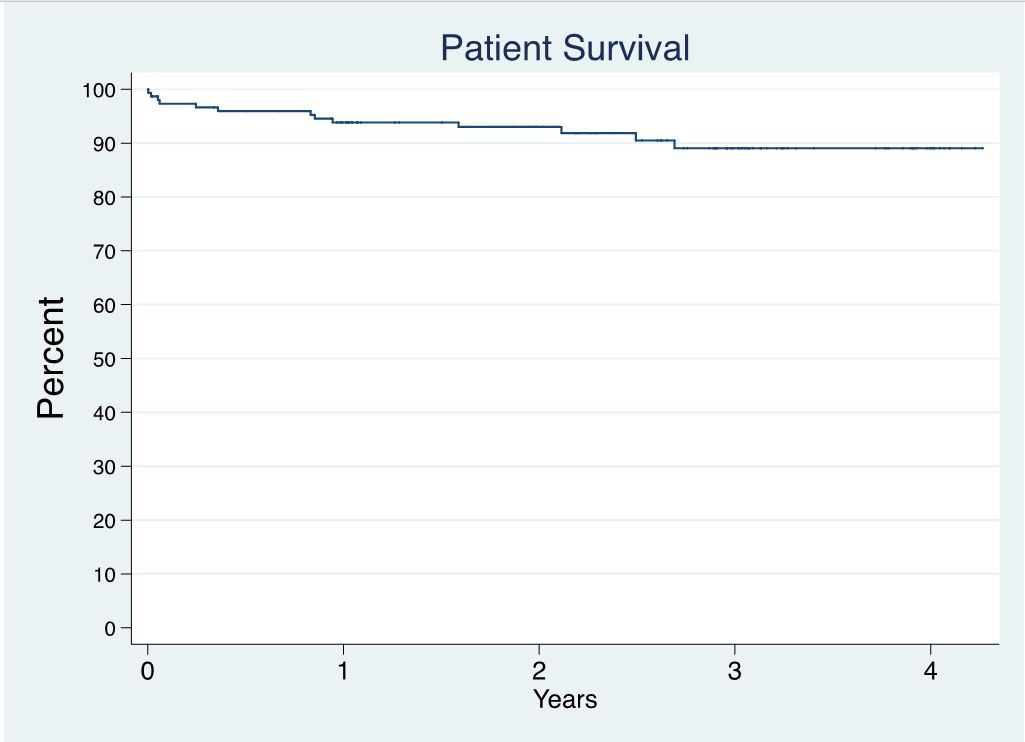 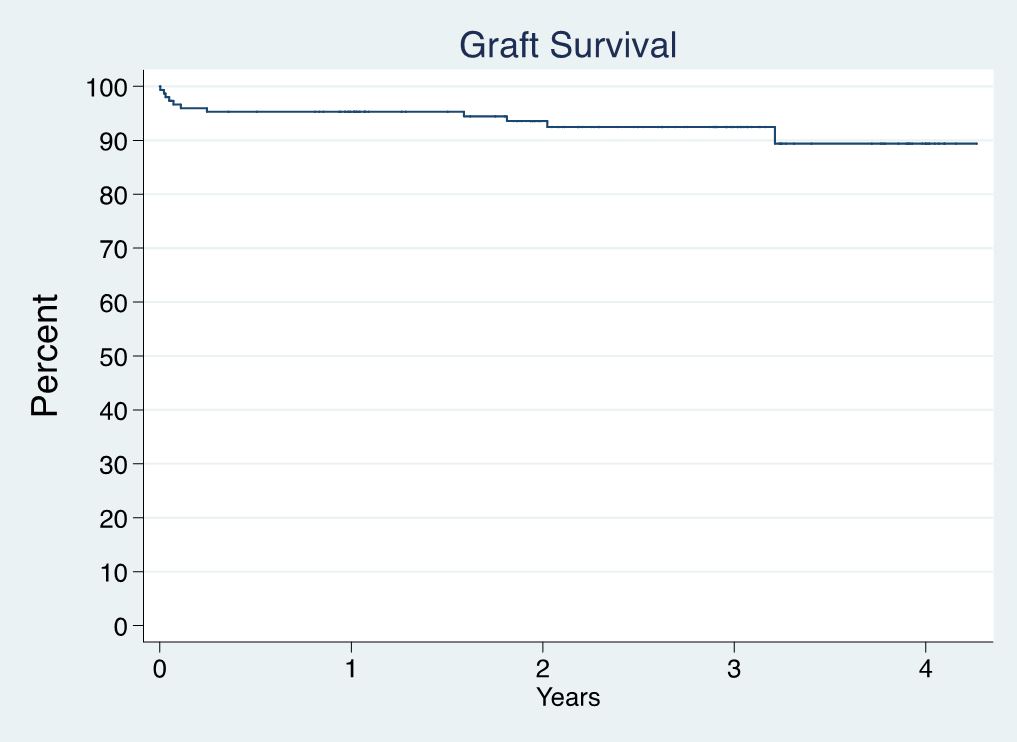