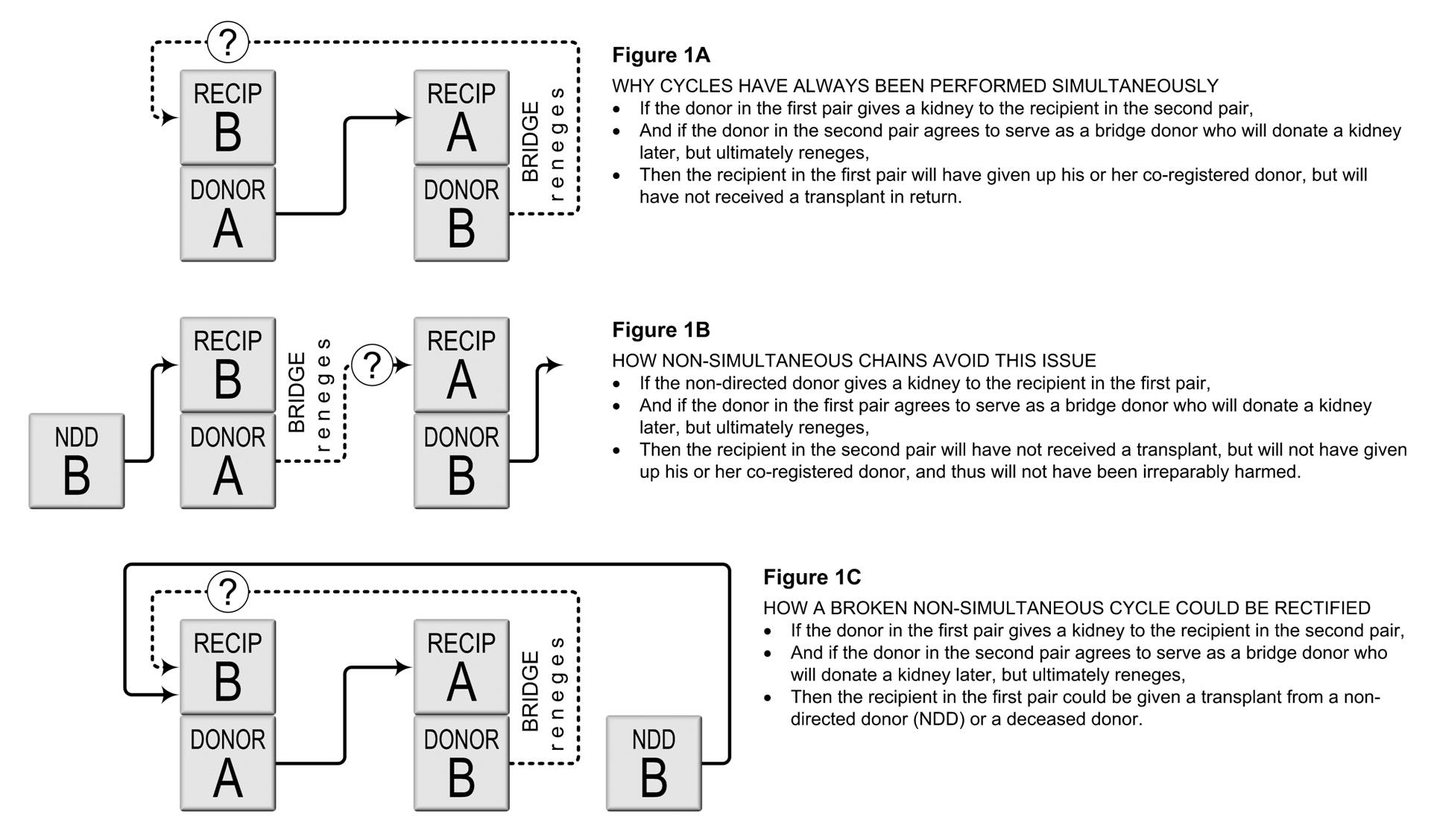 Methodology: We describe the protocol used to prepare co-registered donor-recipient pairs for non-simultaneous surgeries, in an effort to minimize the reneging rate. In addition, in order to protect any recipients who might be left vulnerable by this arrangement, we proposed the use of deceased-donor kidneys to rectify the injustice in the event of any bridge donor reneging. 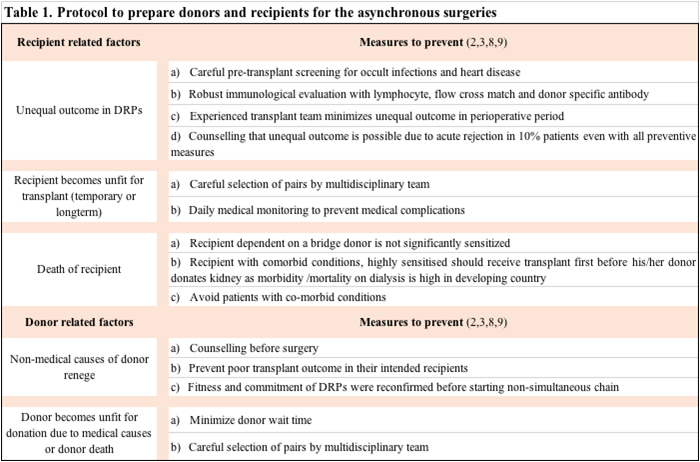 Results: We report 17 successful non-simultaneous kidney exchange cycles resulting in 67 living- donor kidney transplants. These cycles involved 23 bridge donors who were trusted to donate after their co-registered recipients were transplanted, placing 17 recipients at risk (two of whom were at risk from two bridge donors). In all of these non-simultaneous cycles, no donor ever reneged. We propose that non-simultaneous kidney exchange cycles could increase living-donor kidney transplantation, especially for difficult-to-match sensitized pairs (25 of our 67 pairs) in countries with limited transplantation resources.