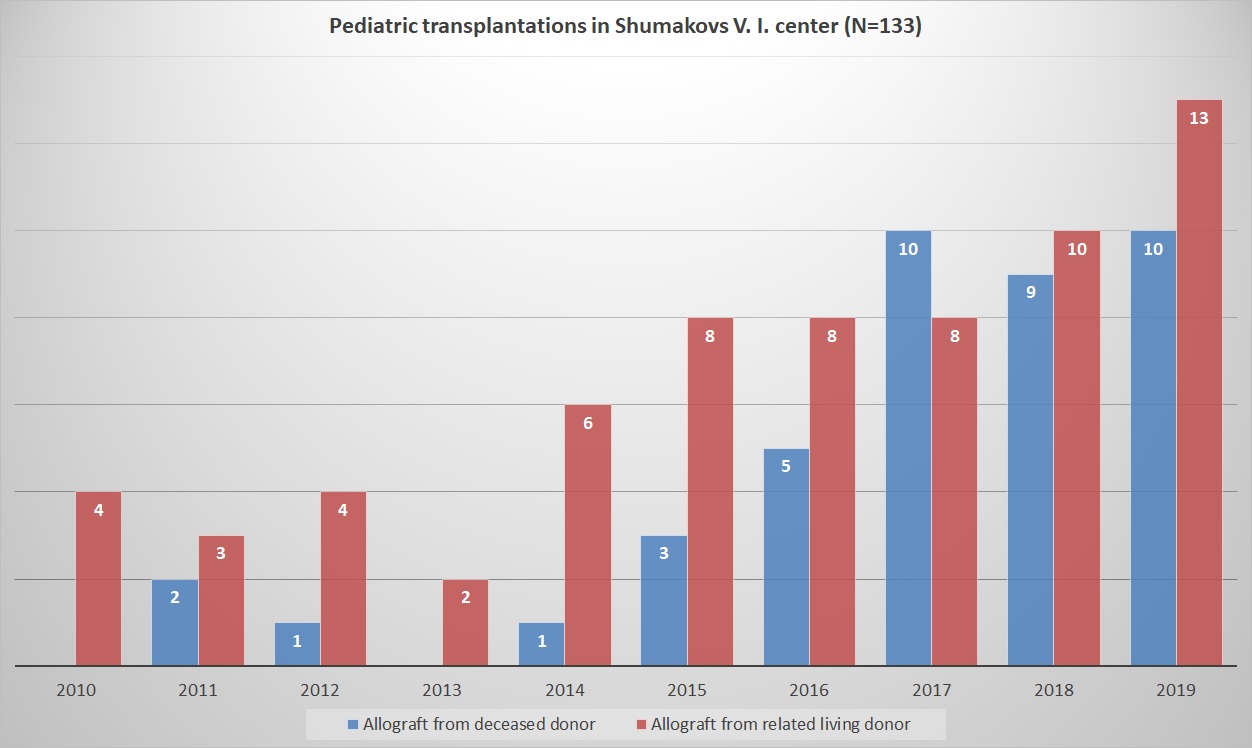 The median of age was 9,9 years old. 51 kidney allografts (39%) were taken from a cadaver donor and 82 kidney allografts (61%) were taken from a related living donor.
Median of weight was 27kg (from 8,5kg to 65kg). 31 patient weighed less than 15kg. It is very significant, because it defines surgical approach. For patients under 15kg we used a midline laparotomy and performed a bilateral nephrectomy in order to create space for allograft. For patients weighed more than 15kg we used a classical surgical approach with hockey-stick incision. The necessity of ipsilateral nephrectomy was usually decided during operation.
During observation time 118 patients (88%) had an adequate graft function. 11 patients (9%) had graft dysfunction. Causes of graft dysfunction were chronic rejection (4 cases), nephrotic syndrome (2 cases), arterial thrombosis (2 cases) and other causes (3 cases). Only 4 patients (3% cases) had died during observation (1 cerebral oedema, 1 stroke, 1 disseminated infection and 1 unidentified cause).
Conclusion: Modern immunosuppressive drugs and massive surgical experience allows to perform pediatric kidney transplantation with no less effectiveness as for adult patients.