P-18.08 Once- versus twice-daily tacrolimus and graft survival 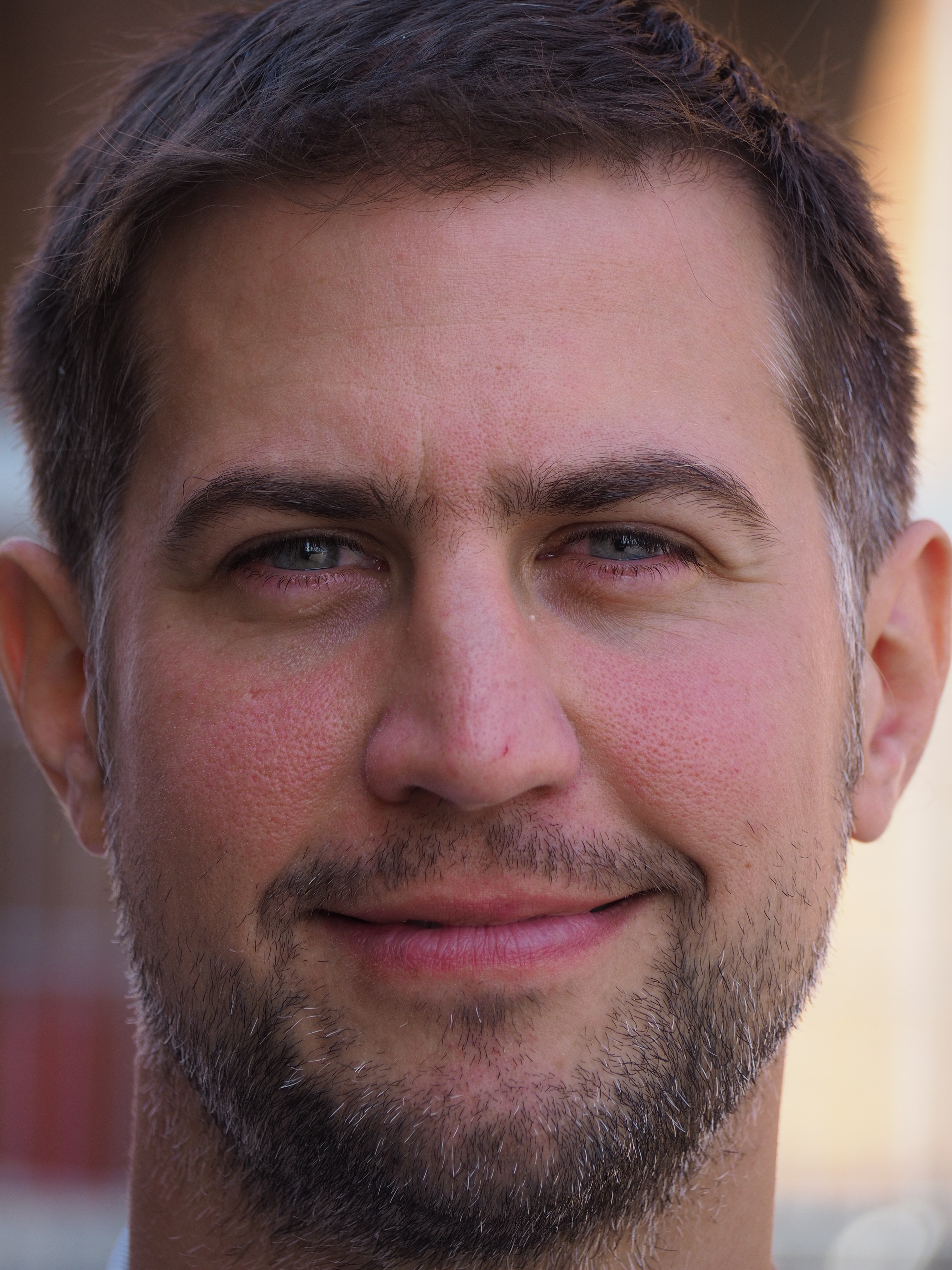 Ask a question
University of Heidelberg

Once- versus twice-daily tacrolimus and graft survival

Introduction: Although the extended-release tacrolimus preparations have the added benefit of a convenient once-daily dosing, large-scale studies evaluating the impact of a possibly improved patient compliance with these preparations are lacking. We analyzed whether the type of tacrolimus at year 1 post-transplant influences subsequent graft survival in adult recipients of deceased donor kidney transplants.
Materials and Methods: There were 12,325 patients who were transplanted since 2011 and were on once- or twice-daily tacrolimus at year 1 post-transplant. An exact 1:1 matching on center, transplant year, graft number, mycophenolate acid and steroids could be performed in 1,250 patients to account for a possible center, transplant year, number of transplant and immunosuppression bias. Univariate Kaplan-Meier analysis was performed before and after exact matching and multivariable Cox regression was applied after matching to adjust for additional confounders.
Results and Discussion: The univariate analysis of graft survival after year 1 in once- and twice-daily tacrolimus patients before and after matching is illustrated in Figure 1. 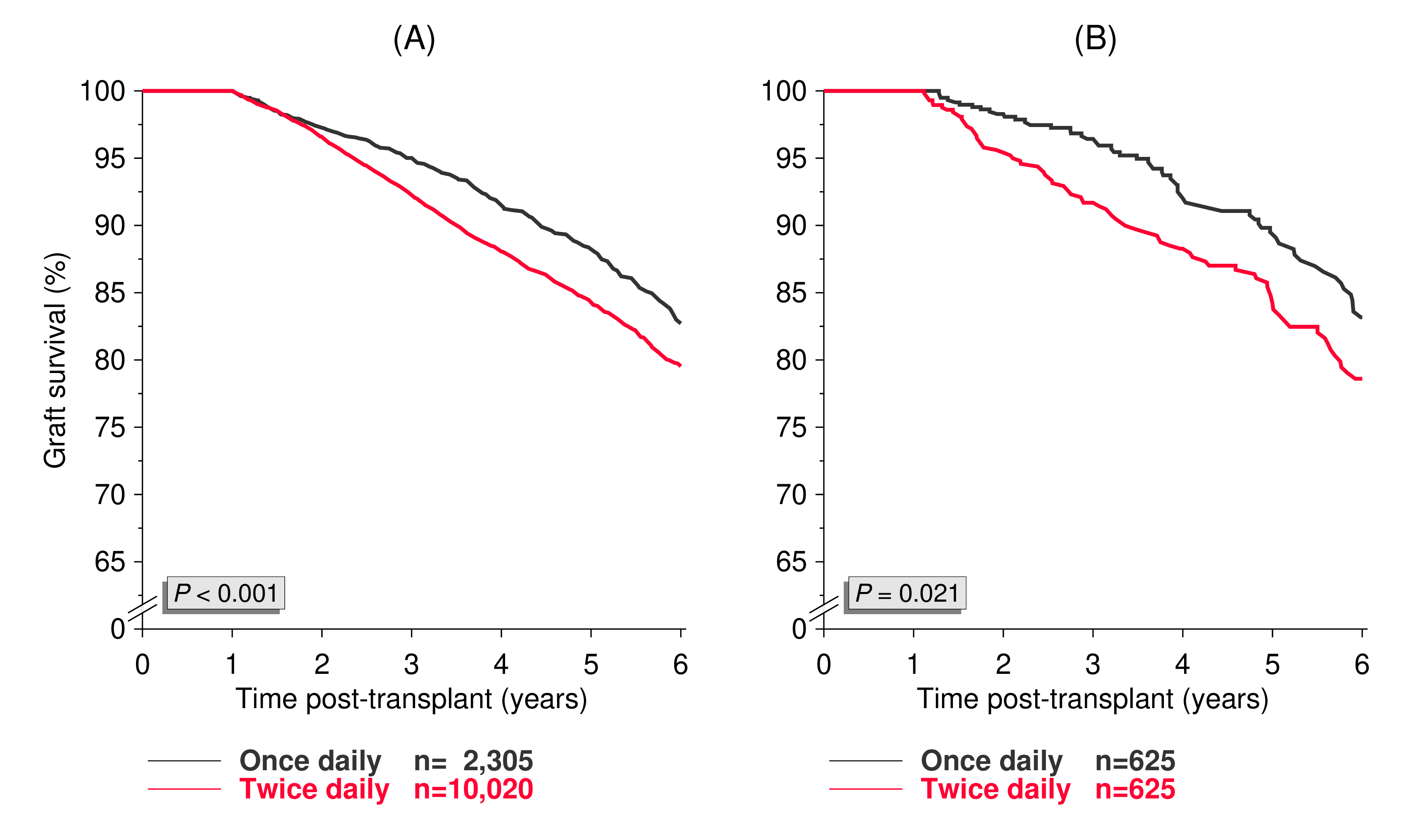 Patients on once-daily formulation had a significantly better outcome (P<0.001 and 0.021, respectively). Figure 2 shows the missing graft survival difference between the two matched groups after year 3. 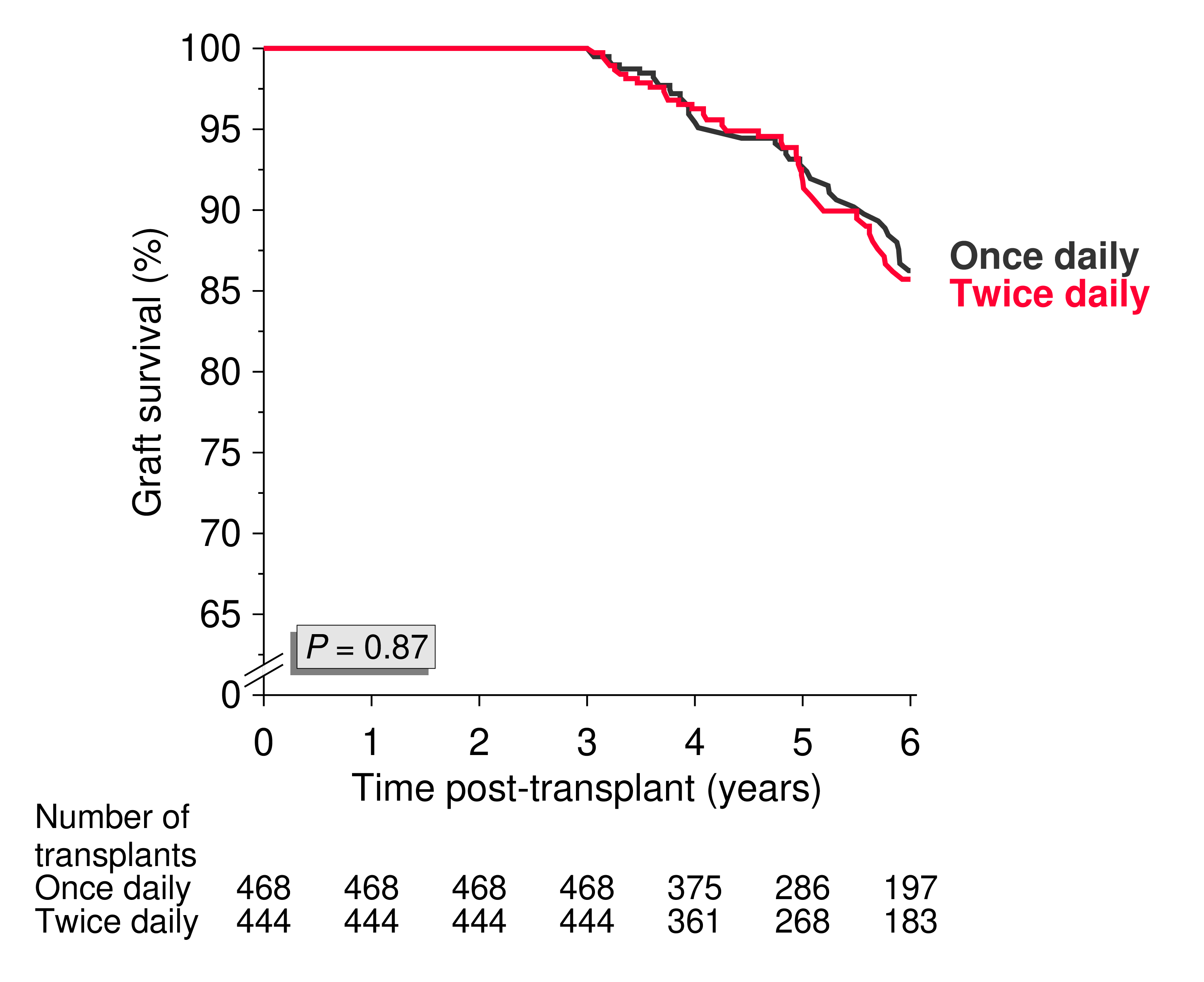