Establishment of solid organ transplantation in the United Arab Emirates

The first living related kidney transplant in the UAE was performed in 1985, followed soon thereafter by two deceased donor kidney transplants using organs donated by Eurotransplant. However, it was the passage of the landmark brain death law in May 2017 that eventually enabled the formal establishment of deceased organ donation.

The first multi-organ procurement and transplant from a brain dead donor in the UAE occurred on July 15, 2017. Within 9 months of the passage of the law, the country’s first thoracic and abdominal transplants using organs procured from deceased donors were performed.

As of July 2019, there have been an additional 20 brain dead donors in the UAE resulting in transplantation of 75 thoracic and abdominal deceased donor organs, 59 within the country and the remainder in Saudi Arabia, in collaboration with the Saudi Center for Organ Transplantation. Even though the overall organ donation rate in the country remains low, the number of organs recovered (3.66) and transplanted (3.57) per donor is comparable to recent data from the US.

An extensive collaborative effort with Cleveland Clinic’s main campus resulted in the first successful living donor liver transplant (LDLT) in July 2018. We have since performed an additional 11 LDLTs (overall: 4 right lobe and 8 left lobe grafts), in addition to 11 liver transplants from deceased donors.  A total of 12 deceased donor thoracic organ transplants have been performed in the UAE thus far - 7 heart and 5 lung transplants, all at CCAD. Figures 2 & 3 show overall transplant volumes at CCAD thus far and deceased donor volumes at the four kidney transplant centers in the country since the formal inception of deceased organ donation, respectively. 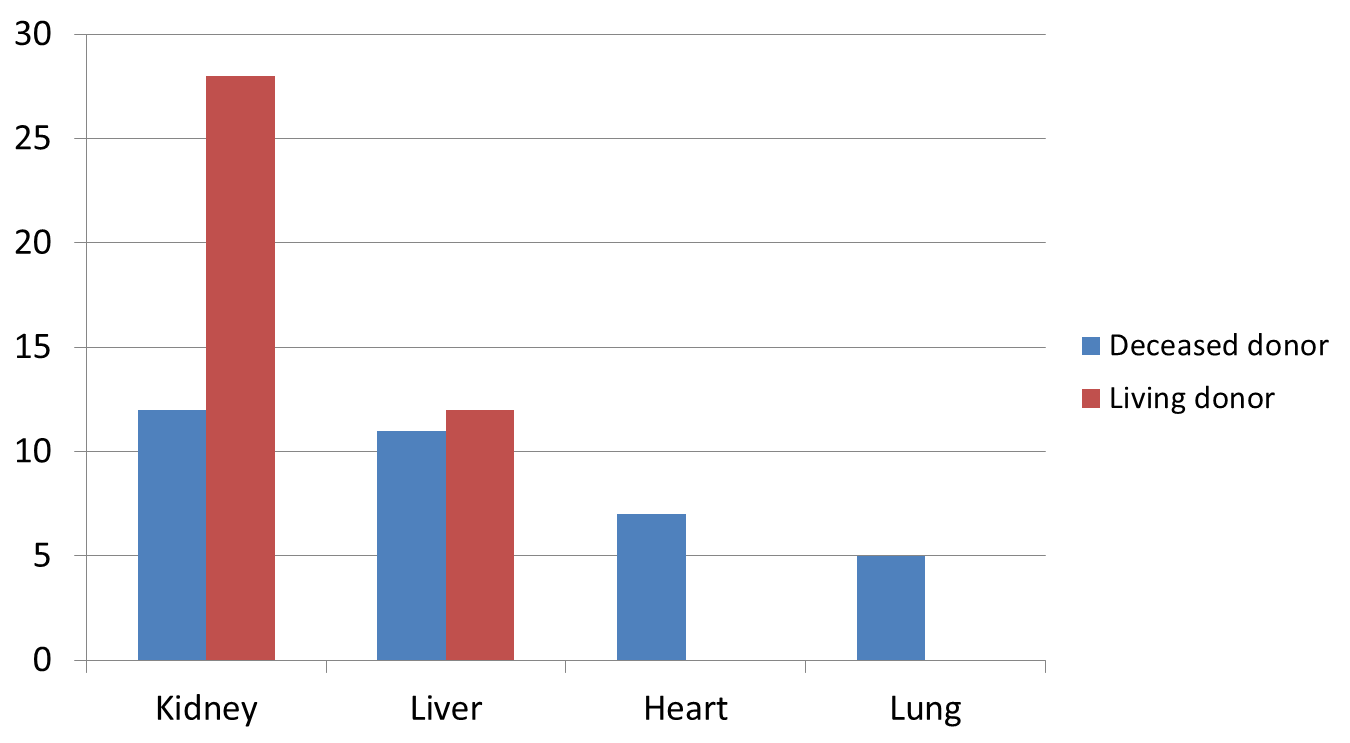 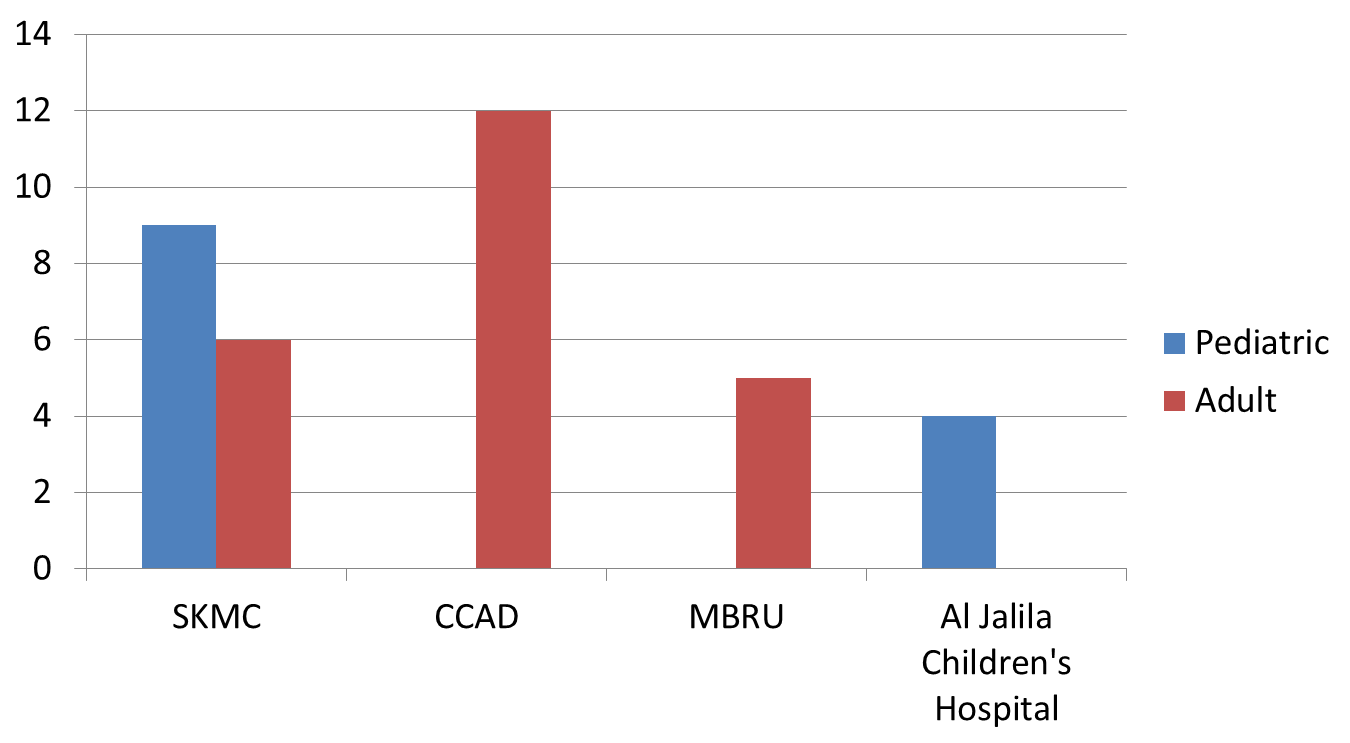 In conclusion, we report the successful establishment of solid organ transplantation in the UAE. Continued growth and success of transplantation is contingent upon increasing awareness of organ donation. Ongoing initiatives include creation of a national digital organ donor registry, inclusion of consent for donation in the Emirates national ID card, regional organ sharing agreements for critically ill patients and establishment of donation after circulatory death.