P-4.112 Establishment of liver transplantation in the United Arab Emirates from deceased and living donors

Liver transplantation (LT) in the Middle East remains confined to a few countries and relies heavily on the availability of living donors. In many countries in the region, definition of brain death remains unclear, impeding the establishment of deceased donor organ transplantation. Since the first deceased donor liver transplant (DDLT) in the region in 1990, growth of DDLT has been slow, accounting for less than 20% of all LT as of 2013. This report summarizes the formal establishment of LT in the UAE from living and deceased donors.
The passage of the brain death law in May 2017 enabled the formal establishment of deceased organ donation in the UAE. This landmark law enabled the transplant community in the UAE to establish a network of donor hospitals to identify potential donors who met criteria for brain death. Efforts to bring this to fruition involved close collaboration of key stakeholders, including Cleveland Clinic Abu Dhabi (CCAD), Ministry of Health and Prevention, Department of Health in Abu Dhabi, Dubai Health Authority, UAE national transplant committee, Cleveland Clinic Foundation, Mubadala Healthcare and the Abu Dhabi health services company.  This collaborative effort enabled the successful establishment of a multi-organ transplant center at CCAD and initiation of LT from deceased donors within 9 months of the laws’ passage.
The first multi-organ procurement and transplant from a brain dead donor in the UAE occurred on July 15, 2017. The first deceased donor LT in the UAE was performed on Feb 1, 2018 as part of a multi-organ procurement and transplant process. We have since performed an additional ten LT from deceased donors, of which 7 recipients have completed a year of follow-up post-transplant.
An extensive collaborative effort with our colleagues at Cleveland Clinic’s main campus in Cleveland, Ohio resulted in the first successful Living donor LT (LDLT) in the UAE on July 29, 2018. We have since performed an additional 14 LDLTs (overall: four right lobe and 10 left lobe grafts), with seven LDLT recipients having completed a year of follow-up post-transplant.  Figure 2 highlights key milestones in LT in the UAE and figure 3 illustrates activity since inception of LT at CCAD, highlighting the challenges related to deceased donor organ availability and underscoring the role of LDLT in meeting the growing demand for LT in the country. 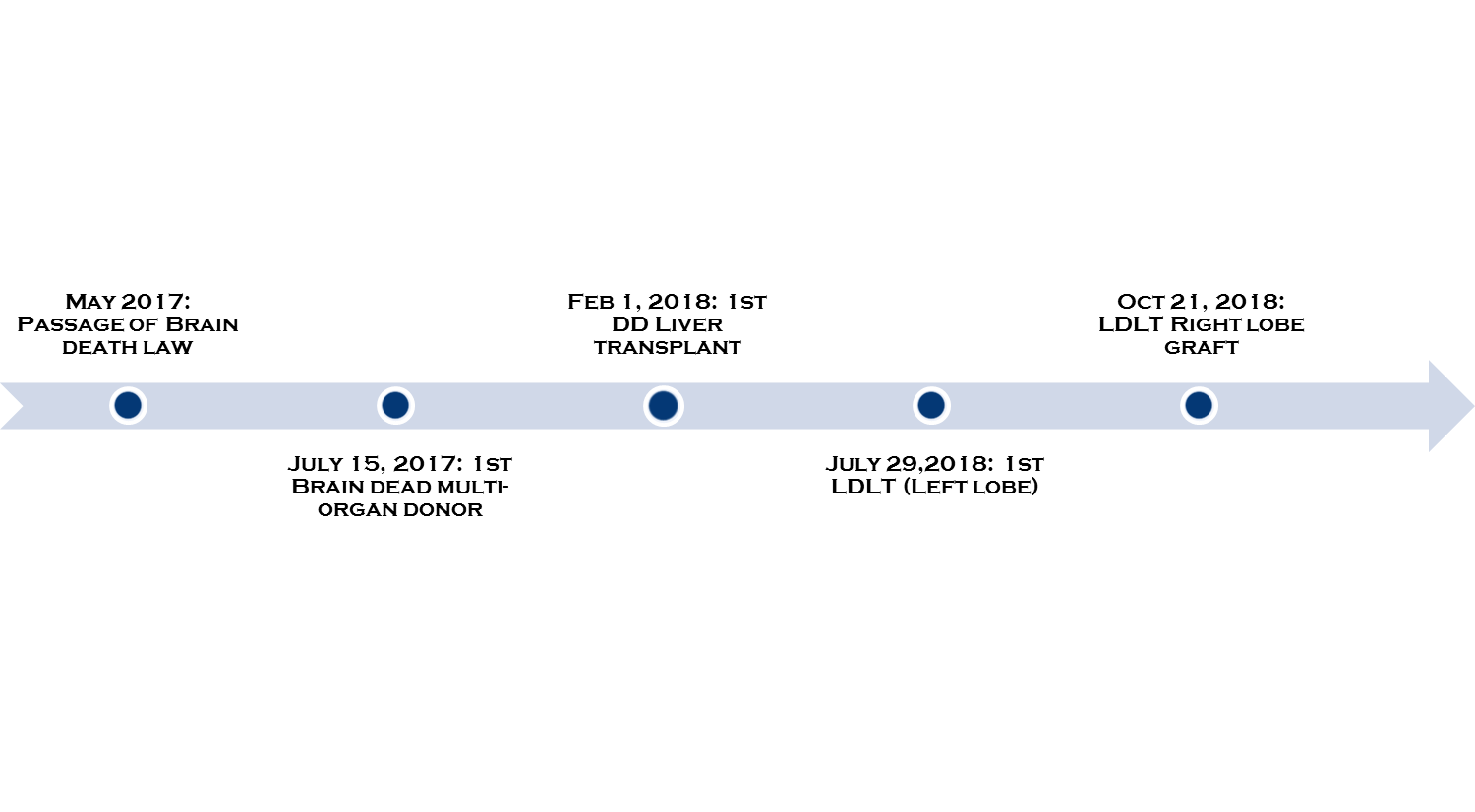 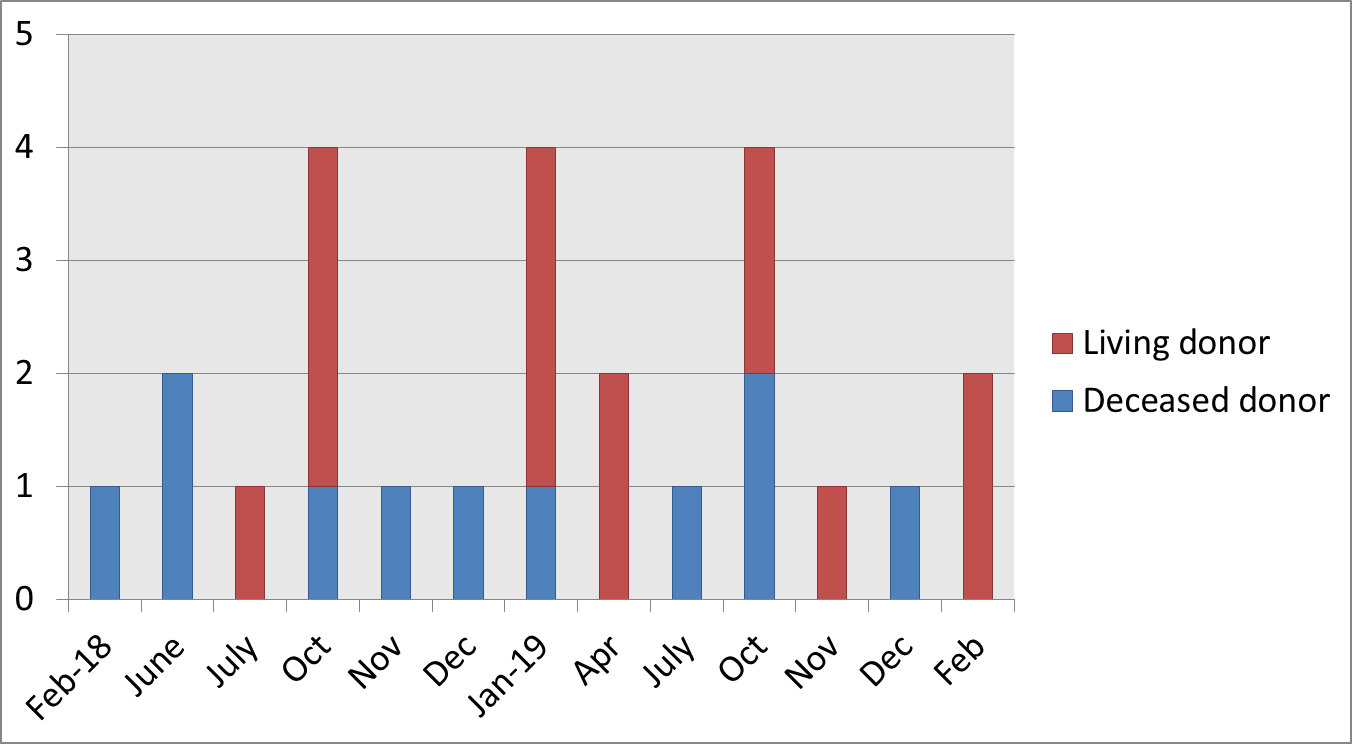 In conclusion, we report the successful establishment of LT in the UAE, from both deceased and living donors. LDLT has enabled us to meet clinical demand, while efforts to improve deceased donor organ donation bear fruit. Continued growth and success of transplantation in the UAE is contingent upon increasing awareness of organ donation. Ongoing initiatives include creation of a national digital organ donor registry, inclusion of consent for donation in the Emirates national ID card, regional organ sharing agreements for critically ill patients and establishment of donation after circulatory death.