Introduction: During the past decades, there has been a rapid change in the gender ratio of medical doctors, while gender differences in academia remain apparent. In transplantation research, a field already understaffed with women, there is little published data on the development in proportion, citations and funding of female researchers over the past years.
Materials and Methods: To evaluate the academic impact of women in transplantation research, we conducted a bibliometric analysis (01-01-1999 until 31-12-2018) of high-impact scientific publications, subsequent citations and funding in this field. Web of Science data was used in combination with software R-Package “Gender”, to predict gender by first names. A total of 15.498 publications were included, resulting in 39.413 authors’ gender matches.
Results: Overall, 14.161 (35.9%) authors were female and 25.252 (64.1%) male. Globally, an increase in the percentage of female authors is seen since 1999, with a plateau starting in 2012. Female authors received significantly less citations compared to their male colleagues, with median 14 (95% CI 1 – 72) and median 15 (95% CI 1 – 84, p < 0.001) citations per single publication respectively. Differences were most apparent in high-impact publications (>200 citations), with 73.5% male and 26.5% female authors. A total of 6.574 (42.4%) publications reported external funding. From these publications, 2.732 (41.6%) had female and 3.842 (58.4%) had male first authors (p < 0.001). When comparing the 10 countries with the most publications, clear differences in percentages of female authors were seen, with a nearly equal contribution of female and male authors in the Netherlands (47.9% and 52.1%, respectively) and an unequal distribution in Japan (18.5% and 81.5%, respectively) (Figure 1). 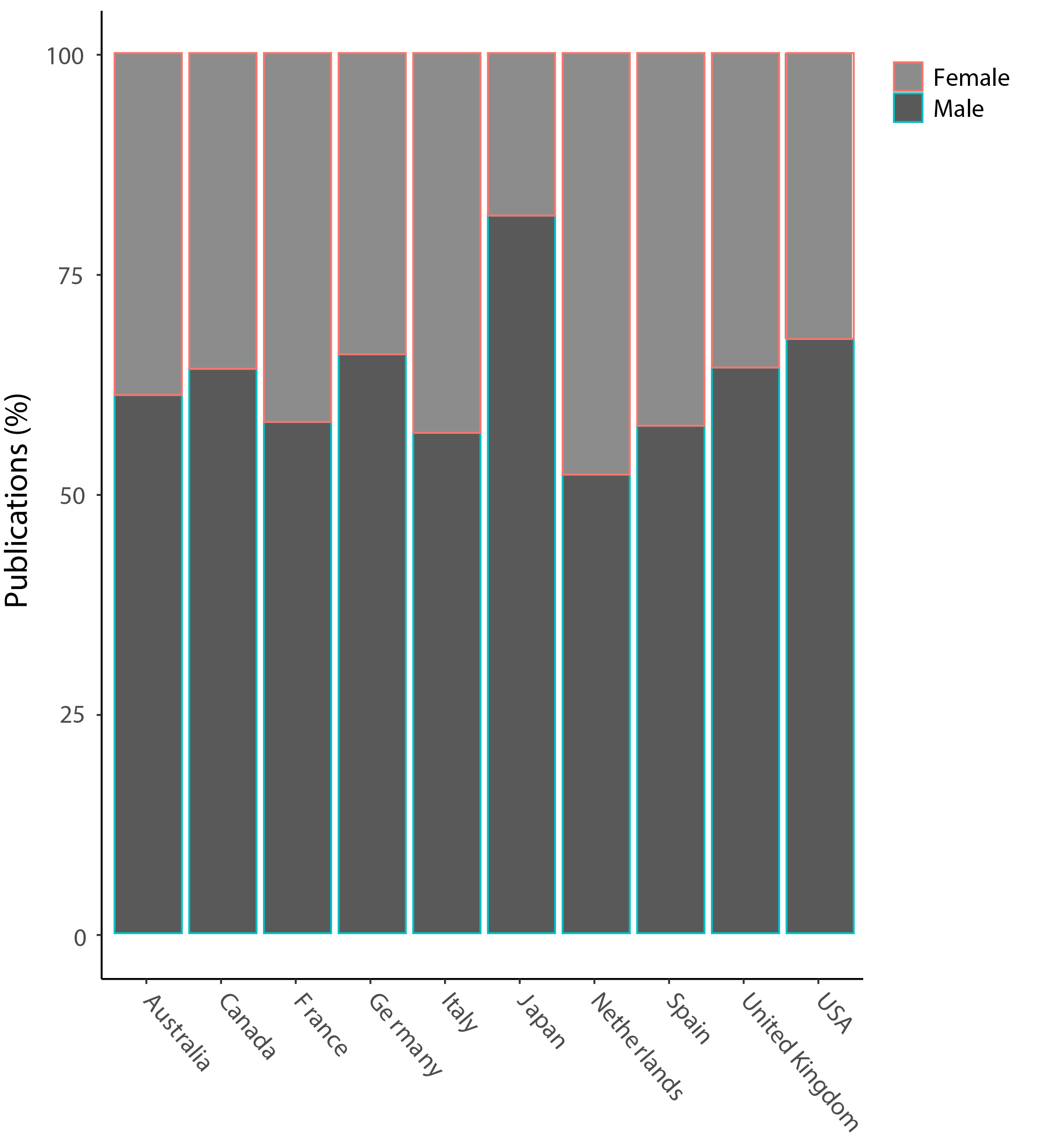