P-11.40 A proof of concept study for [18F]-sodium fluoride imaging of nephrocalcinosis in donor kidneys and explanted renal allografts

Introduction: Nephrocalcinosis is an important factor in the decline of graft function after kidney transplantation and is associated with both inferior graft function and poor graft survival. In invasive kidney allograft biopsies, microcalcifications are demonstrated in 12% - 43% of biopsies at one-year up to 79% at 10-years after kidney transplantation. As first step towards a potential non-invasive imaging method for identification of kidney microcalcifications, we performed a proof of concept study for ex-vivo [18F]-sodium fluoride ([18F]-NaF) imaging in donor kidneys and explanted renal allografts.
Materials and Methods: Human kidney samples were obtained after deceased organ donation (n = 7) and after transplantectomy (n = 13). Three µm paraffin-embedded sections were used for histological evaluation of calcification (Alizarin Red and Von Kossa staining) and autoradiography imaging after a 30 minutes incubation with the radiopharmaceutical [18F]-NaF. Semi-automated detection of calcifications in tissue sections was performed and areas of [18F]-NaF activity were identified, resulting in overlay images of histology and tracer activity (Figure 1). The calcifications were classified according to their localization in the glomerular or tubulointerstitial area. Correlations between histology and autoradiography findings were presented as Spearman’s rho.
Results: Transplantectomy samples were obtained at a median of 33 (IQR 9 – 66) months after transplantation, deceased organ donor samples were obtained from discarded kidneys. Microcalcifications were identified in 19 out 20 Alizarin Red stained samples, predominantly in cortical tissue. Tubulointerstitial microcalcifications were seen in 19 out 20 samples, with a median of 5.5 (IQR 2 – 10.3) per samples, and glomerular microcalcifications were seen in 7 out 20 samples, with a median of 1 (IQR 1 – 3) per sample. With autoradiography, [18F]-NaF activity was found in 19 out 20 samples, with an area surface of tracer activity of ≤5% in 13 and >5% in 6 out of 20 samples. Alizarin Red staining of microcalcifications demonstrated good correlation with [18F]-NaF activity (Spearman’s rho of 0.81, P<0.001) (Figure 2), whereas Von Kossa staining demonstrated weak correlation with [18F]-NaF activity (0.59, p=0.006). 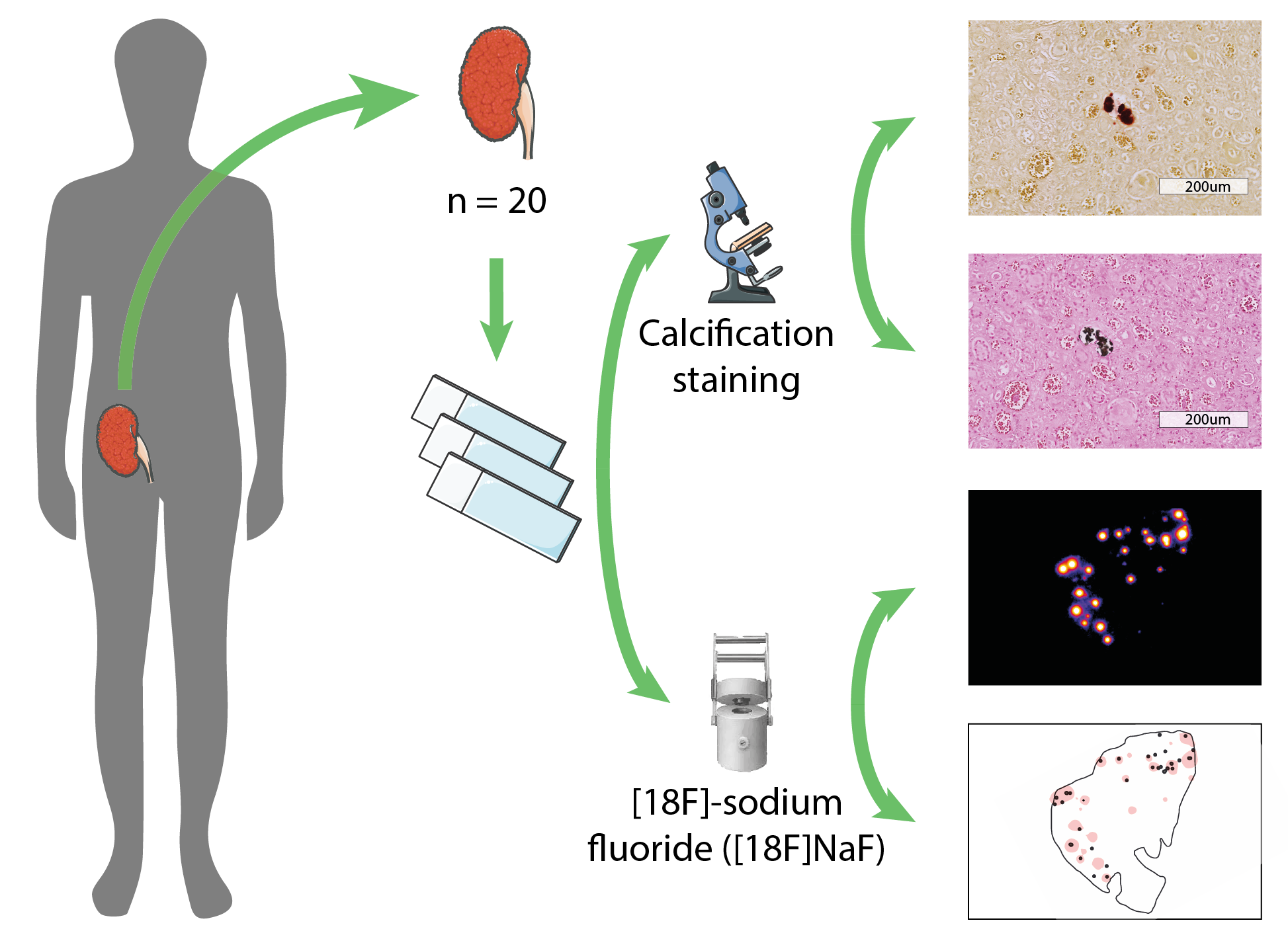 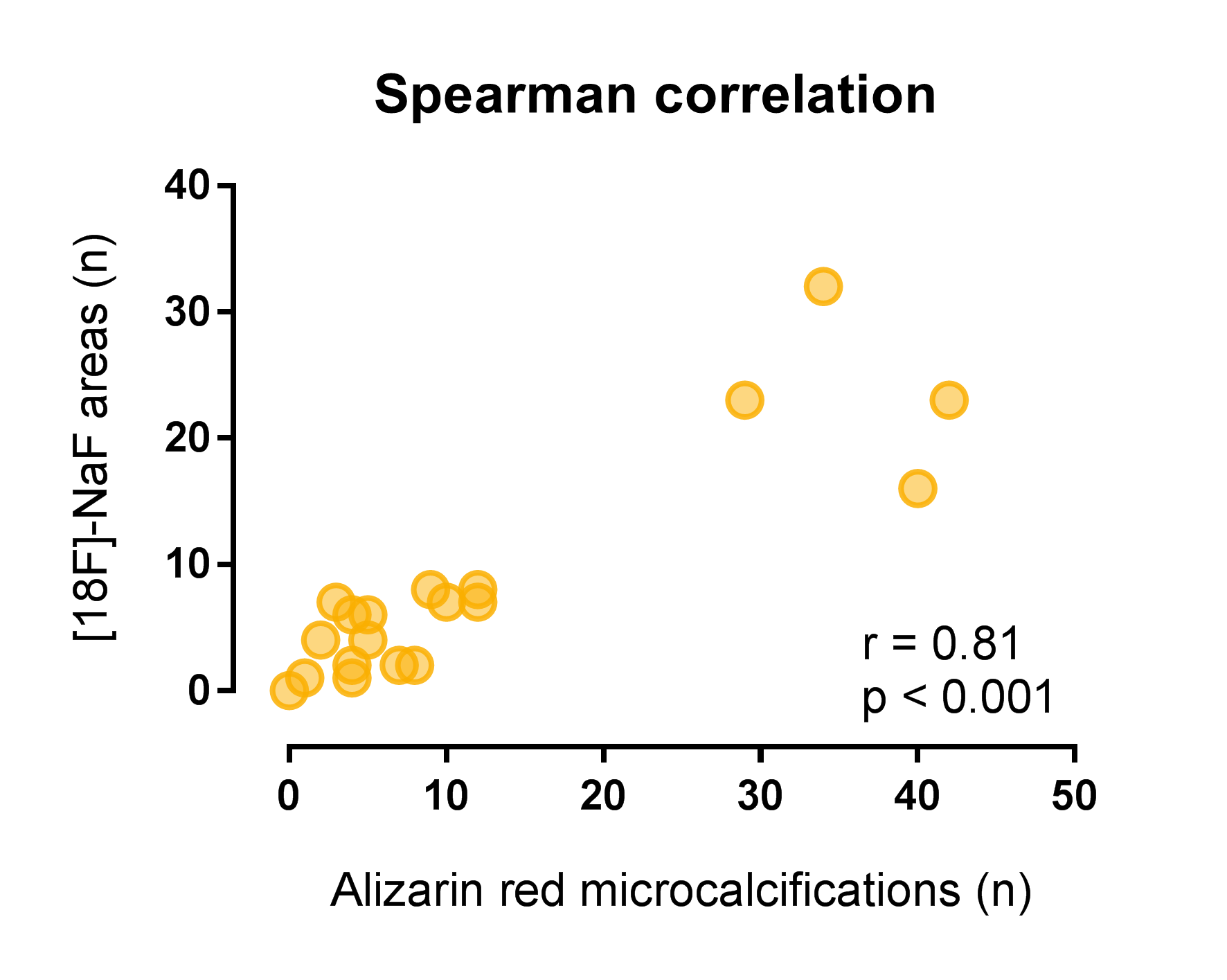